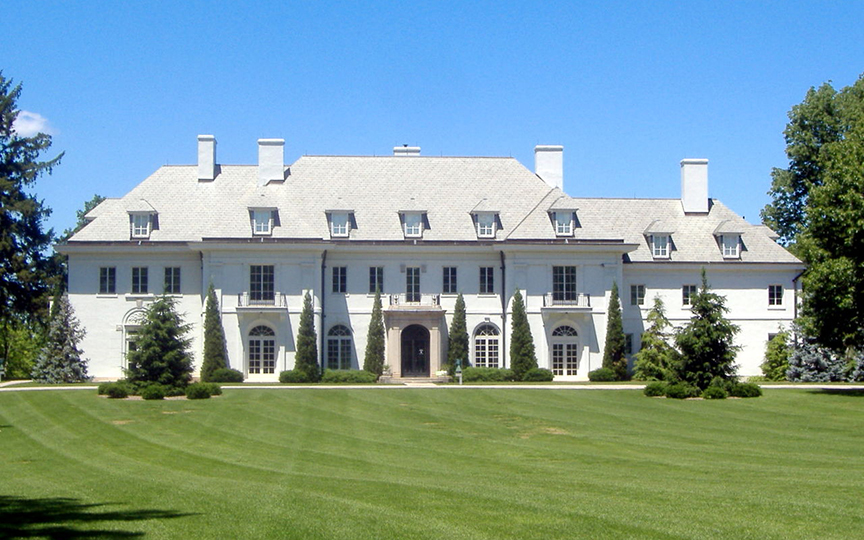 On Dec. 11, 1816, President James Madison signed the resolution admitting Indiana [†] to the United States of America. Indiana was the 19th state admitted to the Union. December 11 was officially proclaimed as "Indiana Day" by the General Assembly in 1925.

The state's flag was adopted by the 1917 General Assembly as part of the commemoration of the state's 1916 Centennial celebration. The flag's design was submitted by Paul Hadley of Mooresville.

In 1800, the Indiana Territory entered into its first governmental stage. Vincennes was the first state capital. William Henry Harrison served as the first territorial governor from 1801 until 1812. During the first stage of territorial government (1800-1805), Governor Harrison and three judges constituted the legislature that adopted the laws governing the Indiana Territory. The governor made nearly all appointments to local offices and to the militia. He was also in charge of Indian affairs. The judges served as the highest appeals court within the territory.

From a non-representative form of government, territorial Indiana advanced to the representative stage in 1804. In July 1805, the first General Assembly met in Vincennes. Vincennes remained the capital until 1813. Then, due to the population change, Corydon became the new capital. With Indiana's admission to the Union in 1816, legislators recognized that the town of Corydon was too far south from the northern part of the state. The central part of Indiana was occupied by the Delaware Indians which complicated travel. In 1818, a treaty was signed securing the title to central Indiana under what was termed the "New Purchase." Within three years, the Delaware Indians moved farther west. By 1821, a commission selected and recommended a new site for the capital and called it Indianapolis. Indianapolis became the capital seat by 1825 with the capitol building being completed in 1835.

"The Crossroads of America," became the Indiana's official motto by a 1937 General Assembly resolution. Today, this expression remains appropriate due to the many cross-country roads that intersect within Indiana's boundaries.

Many Hoosiers recognize the importance of the grand houses of our most famous citizens, such as William Henry Harrison's 1803 brick Federal style house "Grouseland" in Vincennes and President Benjamin Harrison's 1876 Italianate house in Indianapolis. However, preservationists also treasure more humble and modest residences that housed everyday Hoosier families. Indiana has a wealth of single family homes and multi-family buildings that reflect the history of the state and the development of its cities and towns. The vernacular single-pen log cabin is now a rarity, but Indiana is rich in other vernacular housing forms, from German half-timbered houses in Adams and Franklin Counties, to shotgun houses in Ohio River towns, to the tall narrow I-houses found throughout the state. Pattern books, pre-cut kit dwellings, and other mail order housing provided thousands of starter homes. As Indiana's cities expanded, multi-family housing developed. In Lafayette, building conditions favored denser development than in comparable towns, and row houses and flats were constructed. In Indianapolis, developers lined streetcar routes with garden apartments and English flats. Architects embellished them with fine Indiana limestone, terra cotta, and decorative brick work. Indiana's terrain encouraged the growth of free-standing, single family homes that established both urban and suburban neighborhoods. Houses made of brick, painted clapboard, and stonework — whether owned by industrialists, clerks, or shop workers — stand side-by-side in many communities. Evansville's Riverside neighborhood grew like those of many Hoosier river towns, with all manner of 19th and 20th century houses built on lots of varying sizes. Other neighborhoods, like Bloomington's West Side Historic District, tell the story of early settlement and hard-working families. Somewhat in contrast, creators of planned suburban neighborhoods sought to establish a framework for communities. Highland Park Neighborhood Historic District in Lafayette, for example, was planned as a Victorian Romantic era landscape with artistically winding streets. Irvington (1870) also represents the Romantic landscape in neighborhood planning, as does its later counterpart, Forest Hills (1922), both in Indianapolis. The National Register now includes the post World War II era neighborhoods in Indiana. Developers immortalized Allied victories in the Normain Heights Historic District in Mishawaka by naming streets for famous battles when they platted the area in 1946. The pattern of ethnic or immigrant enclaves, neighborhoods of people who shared a common national origin, are also represented in Indiana's National Register listings. One example is the Flanner House Homes Historic District, a neighborhood of homes developed in the 1950s for African-American families by Flanner House.

Many Hoosiers easily identify with our small towns, with their commercial cores and surrounding residential areas. Brick, stone, and sometimes wood frame commercial blocks line the main crossroads of our small towns. Many bear cast-iron storefronts made by Evansville's Mesker Iron Works and transported in pieces by railroad. During the early 20th century, Indiana's big city downtowns became home to multi-story steel and concrete framed buildings, enriched with terra cotta and native brick and limestone. The National Trust for Historic Preservation recognized Madison, Indiana as a unique surviving river town when it designated the community as one of three initial case studies for a national pilot program for their Main Street program in 1977. As they settled in cities and towns, Hoosiers built structures that reflected their community values: government buildings, places of worship, and community centers of recreation and entertainment. Courthouses grew with the times, from wood frame to brick or stone structures. Some counties invested in high-style architectural grandeur, such as the stunning Allen County Courthouse in Fort Wayne. Education was also valued throughout Indiana's past, beginning in the many one room schools throughout the state. Urban schools like the 1927 Woodrow Wilson Junior High School in Terre Haute illustrate later school architecture. Historic schools of all kinds are threatened by declining neighborhood enrollment, redistricting, demolition by neglect, and the perceived obsolescence and technological incompatibility of older buildings. Libraries also face the same threat. Community public libraries, many funded through the Carnegie grants from 1898-1919, are also being abandoned for more modern buildings.