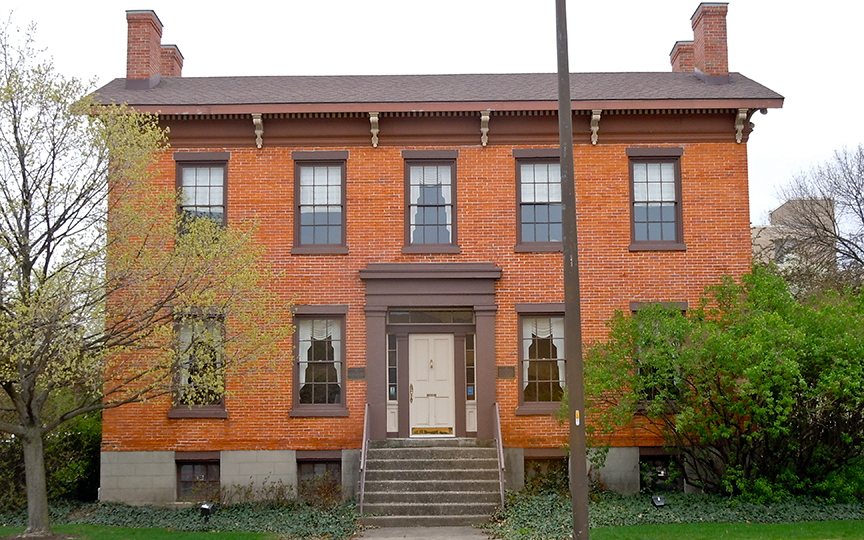 Fort Wayne began as United States Army fortress about 1794, built under the direction of General Anthony Wayne of Revolutionary War fame, and named in his honor. It was located at the confluence of the Maumee, St. Joseph and St. Marys rivers. A village was laid out in 1823. A town was later incorporated, in 1829, at which time there were about 300 residents. Fort Wayne was incorporated as a city in 1840. The completion of the Wabash and Erie Canal in the 1850s connected the Fort Wayne to the Great Lakes and the town's population rapidly grew to more than 2,000. An economic setback occurred with the demise of the canal in the 1870s. But soon several railroad lines found their way through Fort Wayne and industry began to flourish and sustain the city until the Depression of 1929.