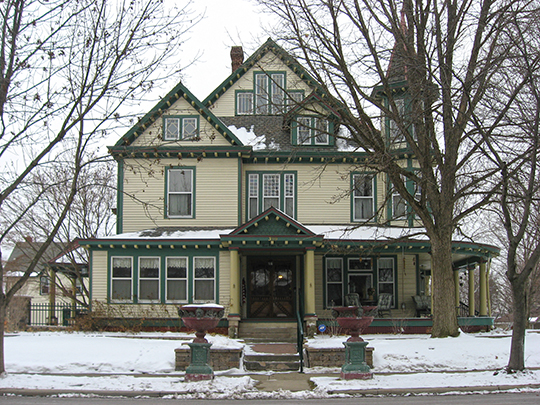 The City of Noblesville is the county seat of Hamilton County. It is situated on the east bank of White River. It was laid out by William Conner and Josiah F. Polk in January, 1823. There were 26 squares in the original town plat, exclusive of fractional lots. The lots were 66 x 132 feet. The alleys were 16-1/2 feet. Additions to the town have been made from time to time by different persons to meet the demand for lots.

After the town had been laid out, Josiah F. Polk, one of the proprietors who was at the time engaged to a Miss Noble, of Indianapolis, asked the privilege of naming the town. This was granted and he named it in honor of the lady to home he was engaged. This was before Noblesville was chosen as the county seat.

In March, 1824, a majority of commissioners appointed to select a site for the county seat of Hamilton, after examining all the sites offered as well as inducements offered, except Strawtown, located the county seat at Noblesville, since which time it has remained.

A post office was established in 1823. John D. Stephenson was appointed postmaster. Joseph Willison soon after that time opened a blacksmith shop on the corner of Eighth and Cherry Streets. Dr. John Finch located on the last lot on the south side of the west end of Conner Street. J. D. Stephenson and J. F. Polk lived at Noblesville. In 1824 F. B. Cogswell settled in Noblesville. Dr. H. W. Clark settled here.