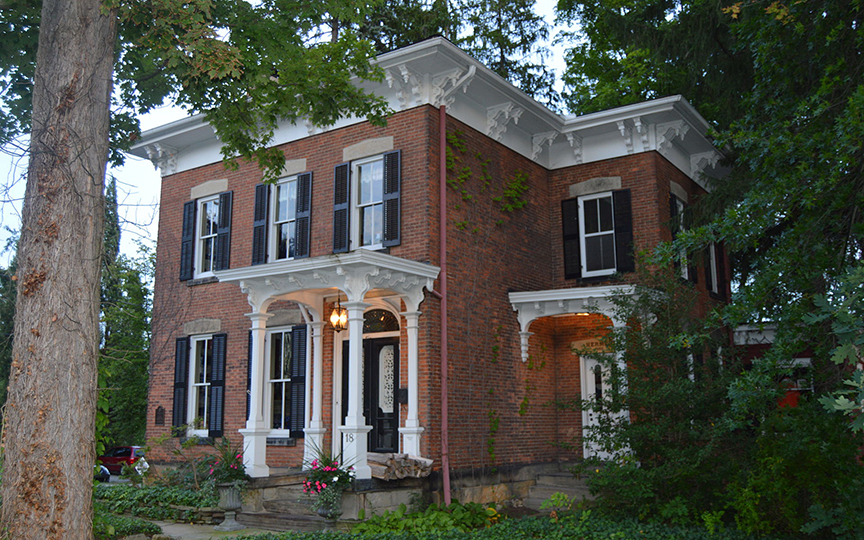 Ohio [†], a major producer of machines, tools, and other products, is one of the leading industrial states. Ohio is an Iroquois word meaning "great water." The name refers to the river that forms its southern border. As part of the Midwestern Corn Belt, agriculture also plays an important role in the state's economy. In addition, however, Ohio's historical attractions, varying landscapes, and recreational opportunities are the basis for a thriving tourist industry. Over 2,500 lakes and 70,000 kilometers of river landscapes are a paradise for boaters, fishermen, and swimmers. Of special historical interest are the Native American archeological sites — including grave mounds and other sites.