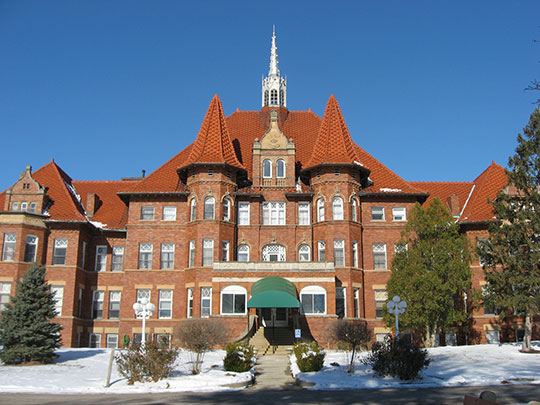 Clark County was established March 1, 1818, and is named for American frontiersman George Rogers Clark. Springfield, Clark County's largest city, began as a trade center for the County's abundant agriculture products. It quickly grew into a major destination with the construction of the National Road (US 40), the nation's first transcontinental highway, between 1832 and 1839. Springfield was the terminus of the National Road making it a resting place or the final destination of many eastern settlers. Future extension of the National Road and the completion of the Little Miami, the first railroad linking Springfield and Cincinnati, made the City a leading producer of agricultural implements. Springfield's industry continued to grow encompassing publishing and the manufacturing of engines and other transportation related items.