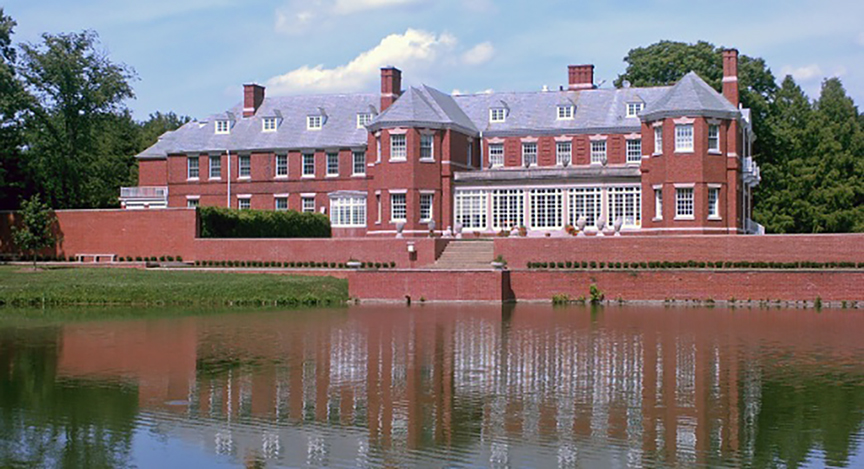 In the month of January, 1818, a petition was received from the territorial Legislature of Illinois by Nathaniel Pope, the delegate in Congress, (now district judge,) praying for the admission of the territory into the Union as an independent State. Judge Pope immediately brought the subject before Congress; and at an early day thereafter was instructed, by the proper committee, to report a bill in pursuance of the petition. Owing to the great amount of business which had matured, this bill was not acted on until the month of April, when it became a law, with certain amendments proposed by Judge Pope. The amendments were, 1st, to extend the northern boundary of the new State to the parallel of 42° 30' north latitude; and, 2nd, to apply the three per cent, fund, arising from the sales of the public lands, to the encouragement of learning, instead of the making of roads leading to the State, as had been the case on the admission of Ohio and Indiana. These important changes were proposed and carried through both houses of Congress by Judge Pope, upon his own responsibility. The territorial Legislature had not petitioned for them; no one at that time having suggested or requested the making of them; but they met the unqualified approbation of the people of Illinois.

By the Ordinance of 1787, there were to be not less than three, nor more than five States in the territory north-west of the Ohio River. The boundaries of these States were defined by that law. The three States of Ohio, Indiana, and Illinois were to include the whole territory, and were to be bounded by the British possessions in Canada on the north. But Congress reserved the power, if they thereafter should find it expedient, to form one or two States in that part of the territory which lies north of an east and west line drawn through the southerly bend of Lake Michigan. That line, it was generally supposed, was to be the north boundary of Illinois. Judge Pope, seeing that the port of Chicago was north of that line, and would be excluded by it from the State; and that the Illinois and Michigan canal (which was then contemplated) would issue from Chicago, to connect the great northern lakes with the Mississippi, and thus be partly within and partly without the State of Illinois, was thereby led to a critical examination of the Ordinance, which resulted in a clear and satisfactory conviction, that it was competent for Congress to extend the boundaries of the new State as far north as they pleased; and he found no difficulty in convincing others of the correctness of his views.

Clarification of the state boundary between northern Utah and southeastern Idaho and the growth of an agricultural economy in that region resulted in the formation of two southeastern counties between 1875 and 1881: Bear Lake (1875) and Cassia (1879). Mining interests continued in importance during this period, when Custer County (1881) formed after development of the Yankee Fork mines and Washington County (1879) formed in response to expanded farming and ranching and to mining development at Heath and the Seven Devils.

Railroads came into Idaho Territory in 1879 (the Utah and Northern Railroad, built north from Utah through southeast Idaho and into Montana) and 1882 (the Northern Pacific, built east from Spokane across northern Idaho, and the Oregon Short Line Railroad, built west through southern Idaho with a spur north to the Wood River mines at Hailey, Ketchum, and Bellevue). County seats established subsequent to railroad construction were usually in railroad towns that had developed into the principal supply and market centers for their regions. Along the railroads between 1885 and 1895 the following counties were established in areas where irrigated (and some dry land) agriculture was becoming an increasingly important economic base: Bingham (1885), Latah (1888), Elmore (1889), Canyon (1891), Fremont (1893), Bannock (1893), Blaine (1895), and Lincoln (1895) counties.

The population of Idaho tripled between 1900 and 1920, and 21 new counties were established during that period. Population growth resulted from the availability of newly irrigated agricultural lands and the growth of extractive industries like lumber milling and ore smelting. Irrigation projects financed through the Carey Act of 1894 and the Reclamation Act of 1902 provided storage water and canal systems for its delivery to fields. Untilled irrigable acreage, especially in south central Idaho, attracted new settlers to justify the creation of new counties in southern Idaho. During the same period, the lumber industry became important to the economy of northern Idaho and several new counties were carved out of those already extant. The more remote areas of the larger counties lobbied the Idaho legislature to establish new counties that could provide services closer to the new population centers. A 1912 amendment to the Idaho Constitution that required one state senator per county also encouraged citizens to push for the formation of new counties to obtain better representation in the state legislature. By 1919, however, a constitutional limit on the minimum size of a county (more than 400 square miles) and on the wealth of a county (at least one million dollars taxable property) stopped the proliferation of Idaho counties.

The location of the county seat grew in importance as county government offered more services and the court system became more effective than it was during the mining rush. Throughout Idaho, the county courthouse was the significant location for most political, governmental, and legal activities, as few towns had city buildings until the 1950s. The construction of a courthouse was an event of major importance to the county community both symbolically and practically, providing a visible token of the community's coming of age as a viable settlement, and providing much-needed space for county offices, storage of legal documents, trials, and jails. Most communities supported construction of a courthouse through bonds, which were approved in a popular vote. Bond issues met with some difficulties, often from rival county seats or remote areas of a county, but most were successful. As a result, few Idaho counties now occupy buildings that were not designed as courthouses.