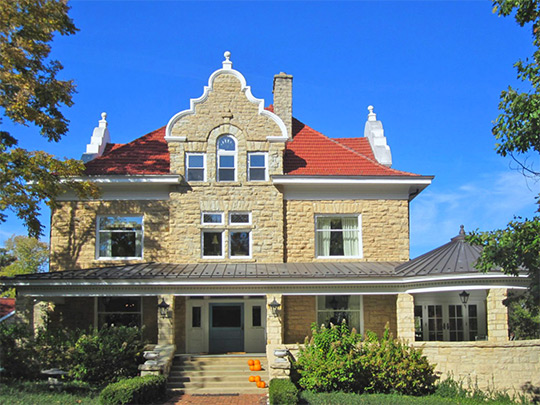 Dutchman Daniel Shaw Haight is believed to have been the first settler on land that would become the City of Geneva. He built a cabin near the Fox River in 1833. In 1835 he moved on, selling his land to James and Charity Herrington.

Geneva was selected as the county seat in 1836 and is believed to have been named by the then famous abolitionist, Dr. Charles Volney Dyer. James Herrington platted the town, helped to establish the county seat, became the first sheriff and operated the first tavern, general store and post office.

By 1840 Geneva had a courthouse, a jail, a post office, a school, a bridge over the Fox River, a sawmill, several general stores, a furniture maker, a doctor, several blacksmiths, 2 hotels and a tavern. By 1855 the town had established free, public schools.

Geneva was incorporated as a village in 1858. It re-incorporated, as a city, in 1887. The first city mayor was James Herrington, a son of the town's original founder.