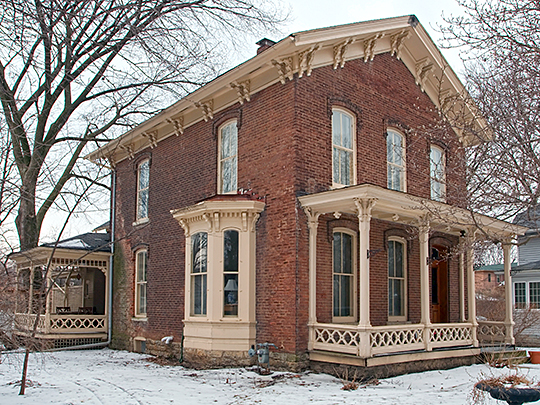 What is now central Illinois was occupied by native people whom the French called the Illinois. They still lived in the region in the 1830s, when they were forced to emigrate. The white settlers, who in the 1820s moved to the area known today as the City of Urbana, grew substantially in numbers by the 1850s. The establishment of several mills and the Illinois Central Railroad Depot in "West Urbana," modern day Champaign, were responsible for much of the growth. Several hundred commercial buildings and houses were erected within a year of the arrival of the railroad. Urbana was chartered as a city by the state legislature in 1855 and on June 2, Archa Campbell was elected as the first mayor. In 1863 the first streetcar, drawn by mules, began operating between the newly incorporated Village of West Urbana depot and the Urbana courthouse. After the Civil War, African-American people leaving the South arrived; the 1870 census records indicate that 40 Americans of African descent lived in Urbana.