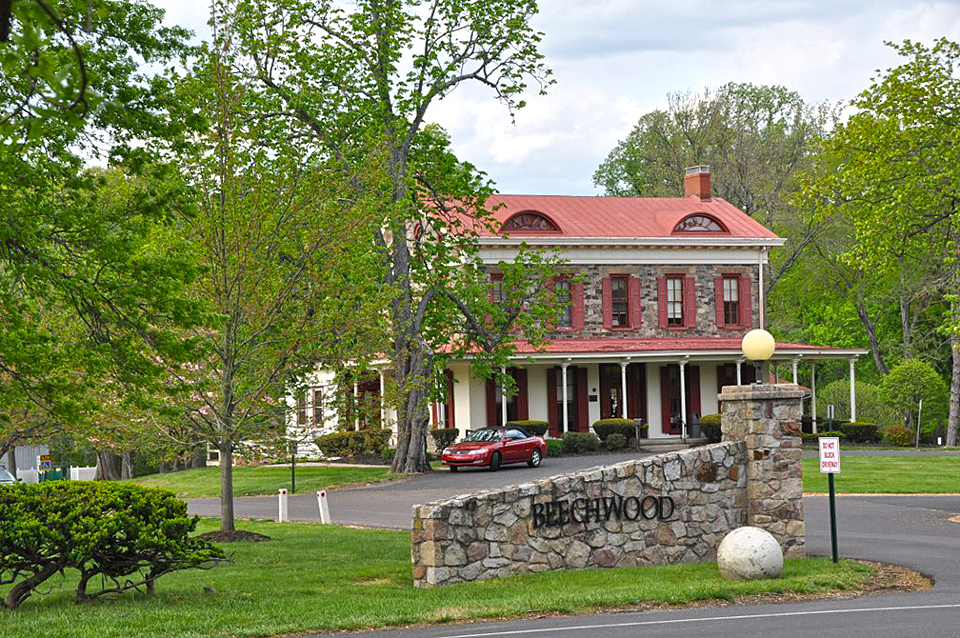 Middletown [†] is in the heart of Lower Bucks, the most heavily urbanized portion of the County. The Township is situated approximately midway between Philadelphia to the west and Trenton to the east. Middletown is adjacent to the Pennsylvania Turnpike, about 1.5 miles from Exit 28 and 2 miles from Exit 29. The Township is crossed by major traffic routes, including I-95, U.S. 1, and PA Route 413, among others. These roads are convenient links to locations across the Delaware Valley and lead directly to the interstate highway system.

Eleven municipalities border Middletown. These include the townships of Newtown, Lower Makefield, Falls, Bristol, Bensalem, Lower Southampton and Northampton, and the boroughs of Langhorne, Langhorne Manor, Penndel and Hulmeville.

Middletown was among the fastest growing post-war suburbs in the Philadelphia area during the 1950's. The Township is still a growing community in a highly developed metropolitan region. Pressures for both residential and non-residential growth continue to be strong forces for change in Middletown and much of the surrounding area. These conditions underscore the need for ongoing comprehensive planning in the Township.

The Township was once a land of virgin woodlands with a rolling landscape rich in minerals. The inhabitants of this time were the Unami, an Indian tribe known for its successful farming practices in southeastern Pennsylvania. The Unami moved westward shortly after the arrival of the first white settlers. The Swedes and Dutch were the first Europeans to establish their homes in this area. Their settlement on the lowlands was soon matched by development on the uplands from German and English settlers. Together, these new peoples created a community. Middletown was settled in 1682 by thirty individual landowners and incorporated in 1692. The land was known by the title Middle Lots as late as 1703, and it was called Middle Township until 1724. These names were derived from the community's location midway between the river farms along the Delaware and those further inland.

The first industries among colonists were those of the miller, the sawyer, and the ship-builder. Operations at the mills were of vital interest to the community and were important to the entire region. Langhorne was the largest settlement in Middletown and a hub of activity for political, social, and educational interests.

While life thrived within the community of Middletown, communication and commerce with other areas was severely limited. The building of the Durham Road, an important transportation link, began in 1693. The last section reached Easton around 1750. Middletown pioneered in road improvement, and was one of the first townships in Pennsylvania to issue bonds for road-building. By the mid-1800's, a system of roads radiated out from Langhorne. By 1876, Middletown was able to utilize the Bound Brook railroad line that passed through the town.

Although Middletown participated in the technological advances of this era, its leisurely pace was in contrast to the activity in surrounding urban areas. Middletown arose from an agrarian heritage. Resident's lives and the local economy were based on agricultural pursuits.

Life in Middletown continued to be largely agrarian until the mid-twentieth century when William Levitt built the Levittown residential development. Before 1950, Levittown was a conglomerate of 150 farms totalling 5,500 acres. After development, approximately 13,000 people resided in the development's ten new neighborhoods. Bucks County became one of the fastest growing counties in the United States due, in large part, to growth in and around Middletown Township.

Much of Middletown's history is preserved today in the architecture of buildings and other developed spaces in the Township. 113 properties are listed on the Middletown Township Inventory of Historic Sites completed by the Middletown Historic Preservation Commission Two houses from this inventory are listed on the National Register of Historic Places: Edgemont and Beechwood, both in the central area of the Township.

Edgemont, at 212 Bridgetown Pike, is a formal, Federal-style structure constructed in 1824. Beechwood is a restored stone and frame building at the Woods School on 469 East Maple Avenue. Beechwood was constructed around 1840.

The historic inventory lists several "Other Sites of Interest", in addition to the 100 year old structures noted above. These sites include the Langhorne Spring Water Works, graveyards at Snowball Gate and Red Rose Gate.