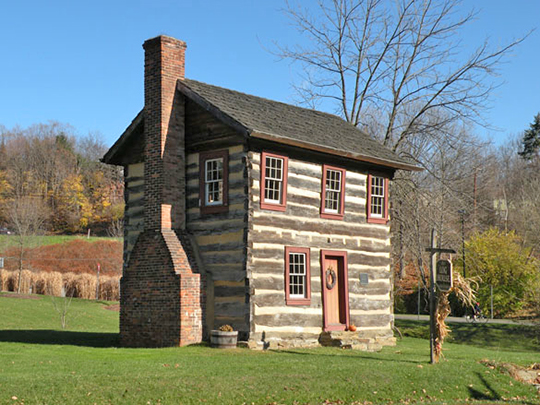 Created on September 24, 1788 from parts of Westmoreland and Washington Counties, and named for the Allegheny River. Pittsburgh, the county seat, was named by General John Forbes in November 1758 in honor of William Pitt, a British statesman. It was incorporated as a borough on April 22, 1794, and as a city on March 18, 1816.

With 130 municipalities, Allegheny has more than any other Pennsylvania county.

Named from Delaware Indian word signifying "Fair Water." Surface undulating, many elevations being precipitous. Is the center of one of the richest bituminous coal and natural gas districts in the world. Oil fields lie mainly in basins of Allegheny and Ohio Rivers. Staple manufactures are iron, steel and glass. The history of Allegheny County presents a greater variety of startling incidents than almost any other portion of the state. Mound builders were primeval inhabitants, site of ancient fortifications are on Chartier's Creek, eight miles from Pittsburgh, county seat, second city in size in the state, on site of Shannopin's Town, chief of about twenty families of Delawares; he attended councils with the Governor; his name is signed on several state archives. By it ran the main Indian path from east to west.