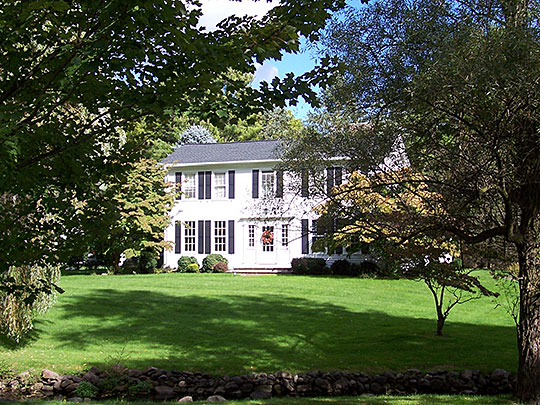 After numerous petitions to the legislature covering a period of five years, the county of Monroe, comprising 14 towns taken from the counties of Ontario and Genesee, became a political subdivision of the state on February 23, 1821. Rochester was designated as the county seat and immediately plans were made for the erection of a courthouse. On March 7, 1821, James Seymour was appointed sheriff of the newly created county by Governor De Witt Clinton. At that time it was stipulated that all prisoners of record were to be confined in the Ontario County jail at Canandaigua until suitable facilities for the care of prisoners were erected in Rochester.

The first meeting of the board of supervisors was held on May 2, 1821, at which time the site of the courthouse was selected, the land donated by Rochester, Carroll, and Fitzhugh. In 1821 Colonel Nathaniel Rochester was elected to the Assembly of New York, and the representation of Monroe County was recognized as an ordained function of the state government.

The government of Monroe County followed the general trend of other New York State counties until the enactment of the Buckley Law, which became effective May 16, 1935. Under this law optional forms of county government were provided. In a referendum on November 5, 1935, the voters of Monroe County chose the county manager form, which became effective January 1, 1936.