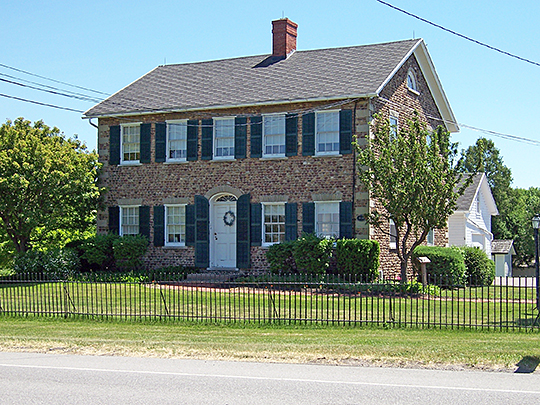 Long after Pittsford was a thriving settlement, what is now Henrietta was only known as the Woods of Westtown. Heavy forests repelled settlement, and before Rochester had started it seemed remote from Canandaigua and Pittsford, the only accessible markets. In 1790, Major Isaac Scott received a grant of 900 acres for his services, and commenced a settlement the same year. He built a log hut and cleared 12 or 15 acres; but in 1792 he abandoned his clearing and the tract was merged into that of the proprietors. In 1806 two settlements were begun, one in the east and one in the west. Lyman and Warren Hawley came in the summer of 1806. Other settlers that year included Joseph Carne, Dr. Charles Carne, Charles Rice, Benjamin Boles, Moses Goodale, Thomas Sparks, George Dickinson, Selah Reed, Asa Champlin, Gideon Griswold, Sas Hill, Captain Joseph Bencraft, William Thompson, and Elias Wilder. Several of these moved away within the first two years.

Henrietta was incorporated in 1818.

Quite an extensive settlement of Quakers existed in the town, north of the East Village, from about 1820 to 1845. Prominent among them were John Russell, John Whippo, Isaac Colvin and others. Occasional meetings were held until about 1846 or 1847. About 1840 the Quaker settlers began selling their farms and moving to Mendon where there already existed a strong Quaker settlement.