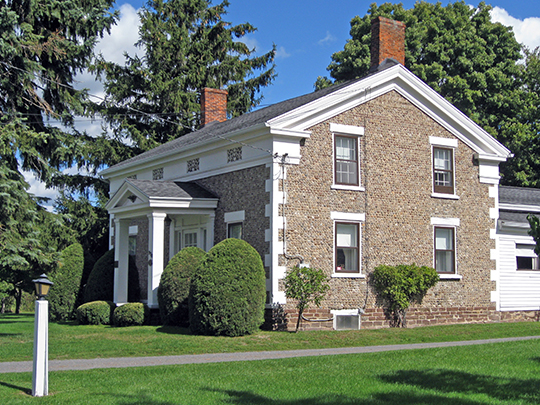 Greece was formed from the Town of Gates in 1822. The Genesee River forms its eastern boundary, and Lake Ontario the north.

The first settlement was made at the mouth of the Genesee by William Hencher and family, in 1792. Mr. Hencher was a native of Brookfield, MA. He was engaged in "Shay's Rebellion" and took refuge from the authorities in the wilds of Western New York. John Love settled here in 1793. Zadoc Granger and Gideon King settled at the Lower Falls in 1796. The place was formerly called Kings Landing, later Hanford's Landing.