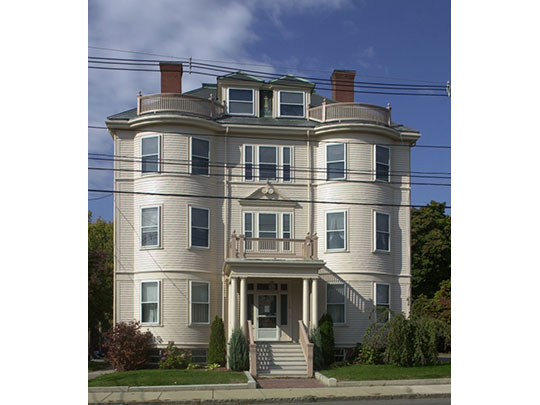 Back in 1636, the town of Boston parceled off a surplus of undistributed land, part of which lay within the confines of what is now Revere. The first landowner of Revere was Sir Henry Vane, son of a Privy Councillor of England. Chosen Governor of the Massachusetts Bay Colony, he received an allotment of 200 acres of Rumney Marsh, as Revere was then called. But his term of office was brief; handsome Harry Vane was a romantic idealist; his openly stated conviction that all creeds should have equal rights in New England appalled the clergy. Sir Harry sailed back to England and Rumney Marsh became the property of a dozen or so wealthy gentlemen who, for the most part, left it in the hands of tenants or servants.

The titles of these lands extended only to the beach. In 1812, in a lawsuit regarding the town's jurisdiction in the matter of digging clams at low tide when, the defense maintained, the floor of the ocean was exposed, the town won the case on the premise that "if the sea rolled back to the Azores, it would do nothing more than expose undeveloped territory in the town of Chelsea."

The necessity for reclaiming large areas of marsh and sea grass discouraged settlers, until 1710, when the first church was erected at Rumney Marsh, community life in this locality progressed slowly.

For about 100 years after 1739, when Chelsea separated from Boston, Rumney Marsh was the northern part of Chelsea. In 1852, Pullen Point broke away from the Town of Winthrop. For the next 25 years North Chelsea was at a complete standstill; then, changing the name to Revere in honor of the famous patriot, it experienced a rebirth. The Narrow Gage Railroad running out to its white sandy shore lifted Revere out of oblivion and gave it a place in the sun.