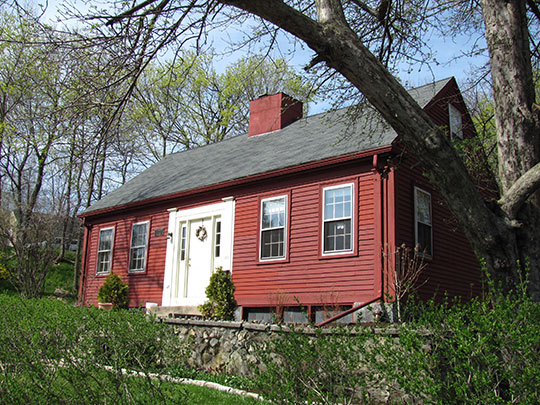 In the early days of its settlement, rich loam near the river banks beckoned farmers, and the surging tides of the Mystic River offered thriving fisheries. Shipbuilding was soon underway. John Winthrop, a year before settling on Ten Hills Farm at Somerville, had launched the 'Blessing of the Bay' at Medford. Then followed a century of depression, until the New England rum and slave trade sprang up.

Medford rum had its start when the Hall family set up a wooden still on the site of a spring, to which the special flavor of the rum was attributed. The Hall formula, used for 200 years, was finally destroyed by General Samuel C. Lawrence, when Medford distilling came to an end.

The navigable Mystic River was the direct cause of the other very substantial economic activity of Medford. Freighting produce to the State capital by boat became a bustling enterprise.

One day in the year 1802, Thatcher Magoun, a youth on holiday from a Charlestown shipyard, was rambling about Winter Hill. In a vision he saw a thriving shipyard on the river banks below him, himself its master. Excited he clattered down the hill and boarded a two-masted schooner lying alongside a distilling-house wharf. Breathlessly he plied the amazed captain with all sorts of questions. A year later he returned and laid the keel of his first ship.

Finally Yankee ingenuity found a way out, in a new trade with China. Because their two hundred to three hundred ton capacity made possible the navigation of the shallow bays of the northwest coast, many Medford vessels were dispatched to the Pacific. "Medford-built" found its way into the idiom of the sea.

Such Medford builders as J.O. Curtis, Hayden and Cudworth, and S. Lapham had more fast California passages to their credit, in proportion to the number of clipper ships built, than those of any other town.

Sailing vessels became definitely unprofitable with the Civil War and the introduction of steamships. In 1873 the last Medford-built ship was launched. Nor did the distilleries long survive; by 1905 they, too, had ceased.