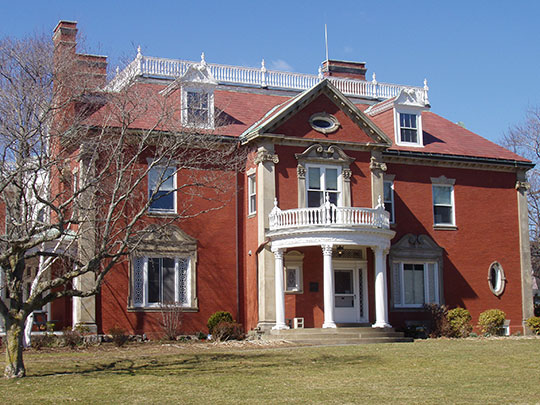 Originally part of the large Saugus land grant and later the eastern part of Lynn's Ward One, Swampscott was settled and established in 1629 when Francis Ingalls came and built the first Massachusetts Bay Colony tannery on Humphrey's Brook.

Long known as a seafaring fishing village, Swampscott hosted a large commercial fishing fleet which sailed daily from our protected bay. Early accounts of Swampscott considered it a "community of modest means" and indicated that one man in three was a fisherman. Of the rest, a goodly number were shoemakers (also known as cordwainers), shoe cutters (known as clickers), yeomen or farmers and merchants.

In the late 1700s, Ebenezer Phillips learned the dry fish process from the Naumkeaks and set up a processing facility for cod whereby the cod was dried, put in barrels and shipped all over the world. Phillips' business was a success and he became one of this country's first millionaires.

From its fishing interests, Swampscott reached worldwide status as the place where Ebenezer Thorndike invented the lobster pot in 1808 to revolutionize lobster harvesting. Also, the Swampscott Dory, a fishing boat still in use throughout the world today, was invented in 1840 by Theophilius Brackett to row and to pull lobster pots. The dory was considered the best seaworthy boat for fishermen due to its unique flat-bottomed design.