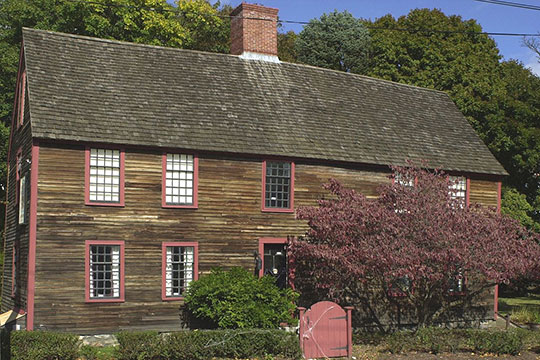 The peninsula that is home to Winthrop [1] today has a long and storied history, dating back to 1624 when it was first claimed by Englishman Samuel Maverick. Not until the early 19th century did Winthrop begin to diversify beyond its bases in agriculture and the fishing industry. The construction of the first bridge over the Belle Isle Marsh in 1839 continued a trend towards autonomy, which culminated with the Town of Winthrop being incorporated in 1852. Notably, in 1842, Winthrop's first hotel, the Taft Inn, was built at the far end of Point Shirley. Accessed via ferry, the hotel offered rooms for 200 guests and dining for 1,000 patrons.

With the introduction of the railroad in the late 1800s, Winthrop began to grow as a suburban residential community and as a resort community. Not only did Winthrop's residential population increase three-fold during this relatively brief period, but the town became a significant vacation destination, home to a reported 55 hotels.

In 1900, Winthrop Hospital opened. The facility employed as many as 200 people, and continued to serve the community until the 1990s, when it was closed. Following the depression and World War II, and with the advent of the automobile and the decline in popularity of rail travel, Winthrop's rail lines were removed. As a result, the number of vacationers declined and the majority of hotels were torn down.

The thriving Winthrop Centre of the 1900s soon faced increasing competition from regional shopping malls and, together with a decline in residential population, businesses began to feel a direct and adverse impact.