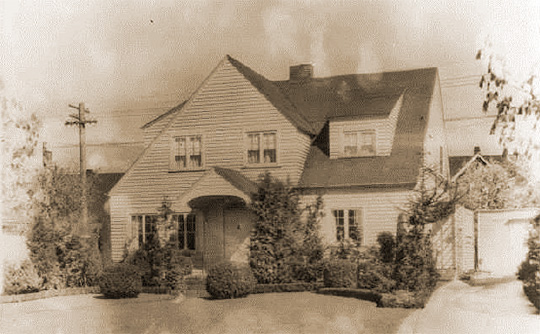 The Buckley's Addition Historic District [‡] was listed on the National Register of Historic Places in 2016.

The Buckley's Addition Historic District is a rectangular-shaped residential district located in northwestern section of Tacoma, Washington, just above the south shore of Commencement Bay. The area is known for its historic homes and tree-lined streets. The streets are laid out in a strict grid pattern oriented to the cardinal map coordinates. Buckley's Addition to Tacoma, which defines the parcel layout, was filed for record on June 12, 1883. The District encompasses 111 acres.

As a whole, the District is mainly residential; however, it does contain an elementary school, and six commercial businesses on the northern end. The district is attractive with well-maintained residences and many of the homes have mature landscaping and large, old trees. The mixture of housing styles, along with narrow streets, gives the District a unique character.

The district is bounded by North 21st Street, a main arterial on the north, and N 8th Street to the south. North Steele Street is the east boundary and Pine St. is the boundary on the west. Pine St., on the west, is unique by having only 3 houses facing the street, instead it mainly serves as an alley and/or access to rear garages. Most homes face an east-west orientation fronting the lettered streets.

The topography is generally flat, but a deep gulch (Buckley Gulch) bisects the northwest corner, creating several dead end streets. Streets typically have sidewalks (many of the sidewalks were built by the WPA in the 1930s) on both sides and all blocks have alleys that accommodate garages. Period, cast concrete streetlights can be found scattered throughout the district.

Residential landscaping varies considerably. The typical street has front yards traditionally landscaped with lawn, planting beds, shrubs and small trees. Some houses have large trees in either the front or rear yards. In some blocks in the northeast end, houses sit above the street with rockeries or retaining walls. Most blocks have street trees, although there is little uniformity because they have been planted over time by individual homeowners. In some blocks they vary considerably in location, size and species, while other blocks are lined with a single species.

Setbacks are various and usually deep enough to give most dwellings separation from the street. Side setbacks were not mandated by the city and some houses are built almost lot-line to lot-line; but in some cases 30 feet may separate each house.

Tacoma's Buckley Addition Historic District is a cohesive neighborhood that represents the broad pattern of the social and economic history of Tacoma, and serves as a typical Street-Car Suburb of the early 20th century. As such the district represents a cross culture of individuals, both famous and ordinary, whose skills and talents contributed to the development and growth of the city. The early residents included professionals, business proprietors, railroad employees, independent trade people, and celebrities, all living in a close knit neighborhood. Although the first plat in the district was approved in 1883, significant development did not really begin until after the turn of the century.

The district is an area that embodies the distinctive characteristics of homes built in Tacoma from 1890 to 1941. Many of these dwellings represent the work of a master craftsmen and/or architect, and a majority of the resources possess high artistic values representing significant characteristics of architectural styles popular during the late 19th and early 20th centuries.

The settlement pattern and building styles are a direct reflection of the periods of national economic growth and stagnation as their dramatic fluctuations impacted Tacoma. Stylistic influences from the East Coast, Midwest, and California combine with local vernacular styles and material created a unique local appearance. The common influences and represented styles include Victorian and Stick Style structures, the classic American Foursquare, the Craftsman Style, and the California bungalow. Three waves of development, plus architectural and social trends, combined to create a neighborhood reflecting local history, character and diversity.

"If you want a home or an investment … GO TO TACOMA, because … Tacoma is at the head of Puget Sound, the Mediterranean of America … Tacoma will be the shipping port for all the wheat raised in eastern Washington and much of Oregon … Tacoma is in the heart of the finest timber in the world … Tacoma's climate is excellent …"

Land speculators, as well as every type of businessman and entrepreneur, began to move into the growing railroad town strung along Commencement Bay where the rails ended. Wharves and mills quickly proliferated.

As a result, Tacoma rapidly developed as an important point of shipment for the Pacific Northwest's vast untapped timber resources; the many agricultural products of the interior followed in coming years. Lumber and grain flowed to destinations along the West Coast, as well as the Orient and South Pacific. The city's importance expanded exponentially when the railroad tracks were finally completed to St. Paul, Minnesota in 1887, connecting Tacoma with all points East.

Tacoma City became known as Old Town, and that area became a working class neighborhood occupied by fishermen, longshoremen and mill workers who patronized the many saloons found there. Then, in 1886 when Tacoma submitted its territorial charter, the two cities joined together and became "Tacoma."

The Pacific Northwest's untapped natural resources were a draw that caused the population of Tacoma to grow rapidly. The waterfront tracks, warehouses and docks were part of an infrastructure that connected shipments of grain, lumber and manufactured goods to stations and ports up and down the West Coast. The fact that Tacoma's port was sheltered from all except north winds played a major factor in the selection of Tacoma as the western terminus of the railroad and as a shipping port.

One such land speculator was railroad pioneer, James M. Buckley. He had come to Tacoma from Portland in 1883 to become the Assistant General Manager of the Northern Pacific Railroad. His job was to finish the line from Helena, Montana to Portland and Tacoma, with the headquarters to be in Tacoma. Particularly difficult terrain faced Buckley in order to complete the line over the Rockies and the Cascades. But he accomplished his task and actually pounded in the last spike himself, "... at 6:02 P.M. on June 1, 1887, on the summit of the mountains." With the final section complete, the Northern Pacific Railroad line to Tacoma kicked off a massive building boom for the city. After instituting some improvements in the Tacoma and Old Town yards, Buckley retired from the Northern Pacific Railroad in February, 1889, to take care of his substantial property holdings in Tacoma and Spokane, including the property he owned in Tacoma's Buckley's Addition.

Seeing the investment potential, Buckley had bought several large homestead claims in the city. Among them was land from J.W. King and Howard Carr. Quickly he platted the land as Buckley's Addition and began selling entire blocks to developers, builders and individual home owners. Advertisements show that an entire block could initially be purchased for $800. The official plat for the additional was filled on June 12, 1883.

Development began in the south section, closest to the streetcar lines. An advertisement in the 1891 Tacoma Daily Ledger notes that Buckley's Addition lots were offered for sale from $100 to $300 and had beautiful views of the Olympic Mountains and Mt. Rainier. The ad claimed that lots were being sold "Only one-half down and the balance on contract." Further advertisements noted that no other addition in the city was as accessible and that the addition had many graded and paved streets with sidewalks. As Buckley's Addition Historic District developed, buyers had many available lots to purchase. This wide range of choices gave rise to a checkerboard or hopscotch pattern of development. In fact, 50% of the houses were built by 1910; but it took an additional 19 years for another 25% percent of the homes to be completed. By 1941, only 8% of building lots were left for development. Such a development pattern has resulted in the varied architectural style and types found on any block where the Queen Anne styles and American Foursquare homes are juxtaposed with Craftsman Bungalows. Building speculation also lead many investors to buy blocks and/or several lots, further creating pockets of like homes constructed during a short building window.

The District developed over a 50-year period, and it is common to find structures built as early as 1900 standing beside structures built 20, 30 and 50 years later. According to various Tacoma street maps, structures were built sporadically throughout the area rather than showing a concentration of building in one area at any one stage of growth.

Buckley's Addition Historic District has many dwellings which represent the work of local craftsmen and architects. This collection, as a whole, represents significant characteristics and trends of architectural styles popular during the late 19th and early 20th centuries. The following is a description and list of some of the more prevalent architects and builders in Tacoma whose work can be found within the Buckley's Addition Historic District.

Individuals acting as combined architect and builder led design and building in the early years of Buckley's development. Bringing varying degrees of experience to the job, these individuals, many whose names are unrecorded, were the first to develop the residential neighborhood. As pioneers of residential development in Tacoma, their work was soon augmented by schooled professionals who moved into the area after learning about the pending building boom.

The District contains a variety of housing stock that dates from 1890 to the present. About 94% of the homes were built before 1941. Within the district you will find a variety of styles including the Queen Anne, American Foursquare, Craftsman, Colonial and Tudor styles.

The breath of architectural styles is a reflection of the District's development and growth pattern. The styles of the homes in Buckley's Addition also represent what was most popular in American home styles at their time of construction. Most are not high styles, just good solid examples of what worked within the tastes and budgets of their owners. Prevalent styles show excellent representations of Queen Anne, Stick, Classical Revival and Craftsman styles. Several domestic building forms can be found such as American foursquare, bungalow and homestead house, as well as the "I" house and gabled-ell.