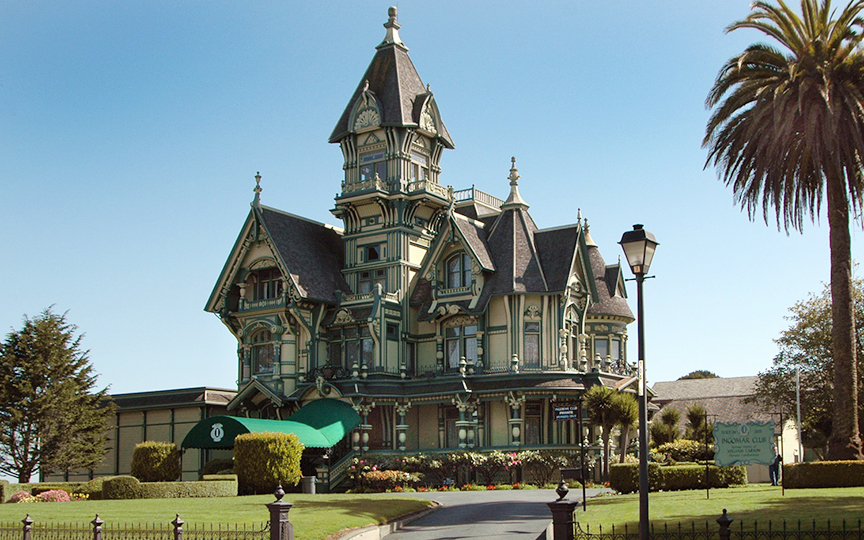 The Queen Anne style was introduced to America at the 1876 Centennial Exposition in Philadelphia, Pennsylvania; however, it is not derived from the Renaissance architecture that was popular during the English Queen's 18th century reign. The style was named and associated by English architects led by Richard Norman Shaw. It was H. H. Richardson who was most interested in Shaw's work and influenced American architectural interpretations.

As the Industrial Revolution flourished with new technologies and the expanding railroad transportation network, the elaborate Queen Anne style became quite popular. Factories were mass-producing an array of building materials including the lavish fringe and wooden millwork.

The Queen Anne was asymmetrical in shape with large porches and wide verandahs, usually one-story high and wrapping around one ore two side walls extending the house to include outdoor living space. Porch skirts were sometimes made from latticework or wood slats with cutout designs. Second story recessed porches were sometimes placed in gables or towers. Towers were round, square or polygonal and most often situated at one front corner. Wooden exteriors were often painted using a variety of "earth" colors in greens, reds, and brown to accentuate the different textures and trims. The Queen Anne style row homes commonly had stone stoops.

The Queen Anne style is commonly divided into four types: