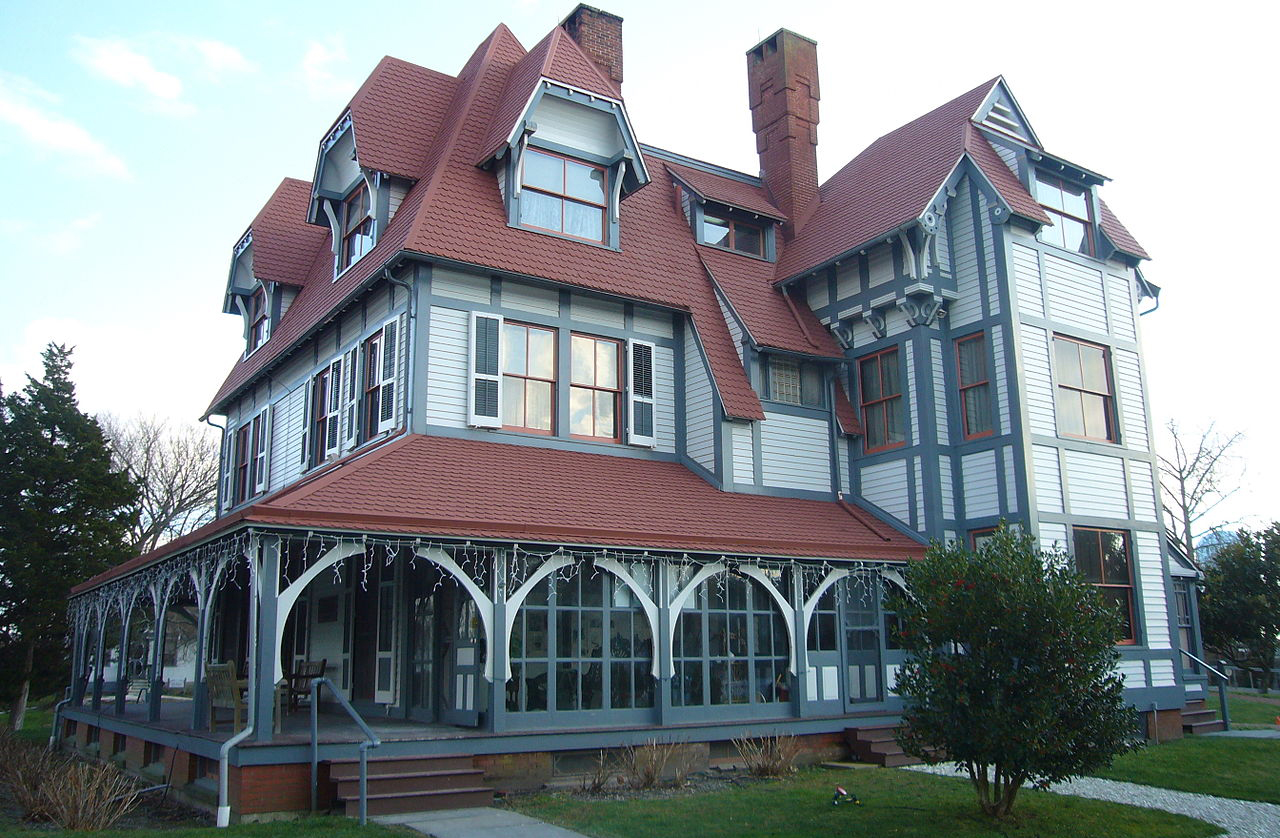 The Stick Style was one of the two most purely American styles of the nineteenth century. It developed from a philosophy of "truthful" structural expression which led to the exposure of the frame system. The development of the balloon frame (about 1833) advanced the articulation of the structural skeleton and eventually the style became a conscious multiplication of sticks as decorative elements. The Tudor style with its exposed frames and trusswork, Japanese wooden styles (seen in the 1890 Centennial Philadelphia Exposition), and the Swiss chalet influenced the skeletal articulation of the Stick style. By the mid-1870s the dominant element of Stick Style design had become the presence of an interwoven basketry of sticks as the symbol of the unseen house frame. Clapboard siding, common to the style, is often ornamented with horizontal and vertical sticks in a geometric pattern reminiscent of Japanese framing. Although the Stick Style was one of the first non-eclectic American styles, it was frequently combined with decorative Queen Anne attributes such as shingling and Eastlake ornamentation such as spindled porches. The Stick Style was promoted throughout the United States in house pattern books of the period.