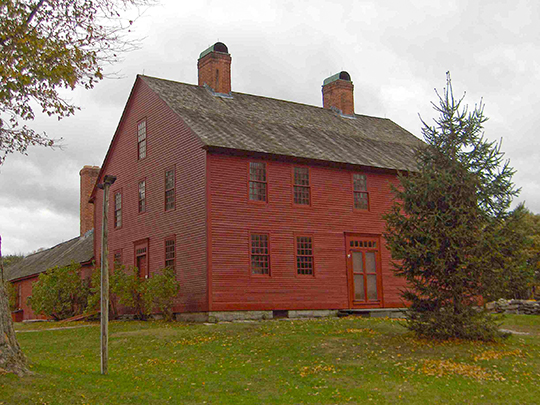 Coventry was first settled in 1700 and by the time it was incorporated in 1711, quite a number of people had moved here, largely from Northampton and Hartford The name was probably taken from Coventry in Warwickshire, England. It is known as the birthplace of Nathan Hale, the patriot spy. Among other distinguished sons were Jesse Root (1736-1822), Chief Justice of Connecticut; Samuel Huntington (1765-1818), one of the early governors of Ohio; and Lorenzo Dow (1777-1834), the itinerant evangelist.

Coventry is a rolling hill country where the farmers in the early days raised livestock products for the West India trade. In the first half of the 19th century, horses and later mules were raised extensively for the West Indies. A type of pacing horse was developed, of medium size and great endurance, which could make the 72 miles to Boston in one day, and back the next. At South Coventry some early manufacturing industries survived at least into the 1930s.