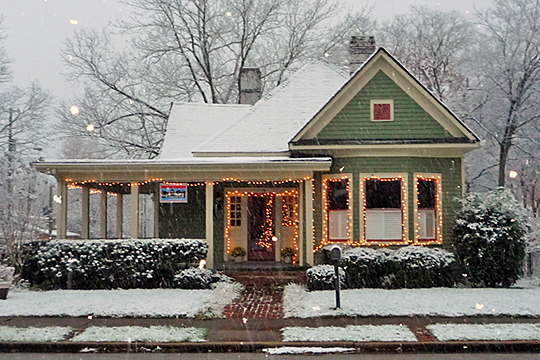 Highland Park, Chattanooga was a small city originally developed between the late 19th century and the mid-20th century, located two miles east of downtown Chattanooga, and bounded by Willow and Holtzclaw streets on the east and west, and McCallie and Main streets on the north and south. It was incorporated in 1905. Later, when it was incorporated into the City of Chattanooga in 1929, it grew to become a popular middle-class suburb with access to multiple train lines. As employment and much downtown property value in Chattanooga declined throughout the 1970s, Highland Park did as well, but it has had significant recent success due to its proximity to the downtown, its vibrant neighborhood association, and many newly renovated historic houses.

The revitalization of the neighborhood started in the early 1990s and continues to the present. In 2001 the neighborhood was awarded "Neighborhood of the Year" by Neighborhoods, USA. The neighborhood and its homes have been featured in Southern Living (May 2002), Victorian Times Magazine (October 2002), HGTV (September 2006), and the Financial Times (April 2010). Highland Park has grown to be one of Chattanooga's largest urban neighborhoods, with an excellent variety of architecture from the 1880s to the 1920s, specifically Queen Anne, Bungalow, and Craftsman, as well as many others.