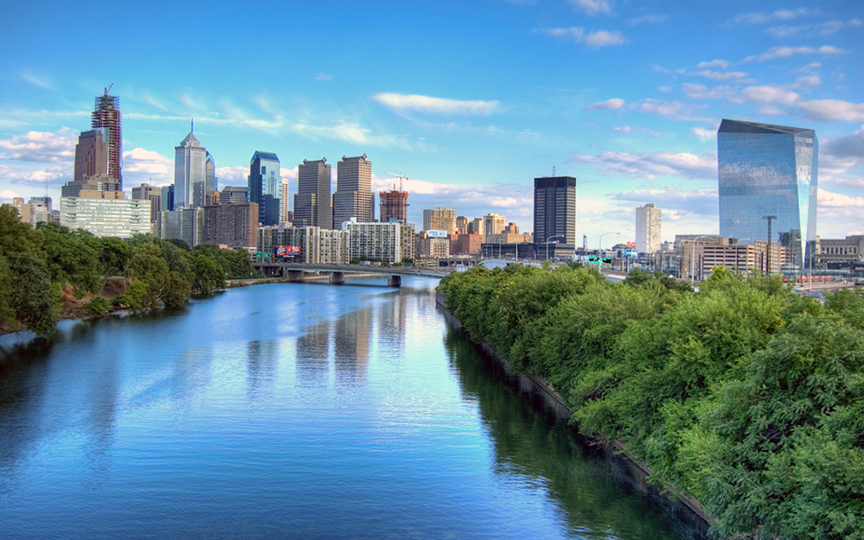 Photo: The Schuylkill River looking south toward the Philadelphia skyline in August of 2007. Photographed by Ed Yakovich (own work), via commons.wikimedia.com, public domain.

The Schuylkill River rises in Schuylkill County and flows in a generally southeasterly direction through Berks, Chester, Montgomery, and Philadelphia where it empties into the Delaware River.

The National Park Service offers the following definition of a National Heritage Area:

A "national heritage area" is a place designated by the United States Congress where natural, cultural, historic and recreational resources combine to form a cohesive, nationally-distinctive landscape arising from patterns of human activity shaped by geography. These areas tell nationally important stories about our nation and are representative of the national experience through both the physical features that remain and the traditions that have evolved within in them.