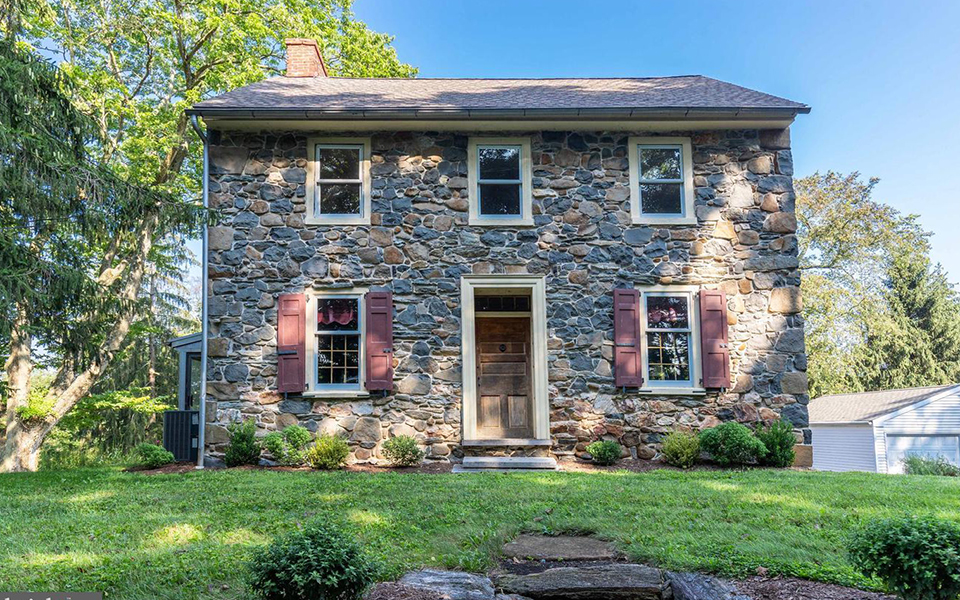 West Bradford Township was originally part of Bradford Township; organized in 1705. It was divided into East and West Bradford in 1731. Its boundaries changed in 1849 when a portion in the southeast was included in the formation of Pocopson Township. Bradford's earliest settlers were English Quakers, most having acquired by patent large tracts of land which subsequently were divided into farms of a hundred or more acres. Settlement initially occurred near the streams. Abraham Marshall settled along the West Branch of the Brandywine Creek at Northbrook circa 1707 and James Trimble along the Broad Run during the 1730's. Quaker meetings were held in homes in West Bradford as early as 1719, with the first Bradford Friends meeting house erected on Marshall's farm in the 1720's. It was later moved to Marshallton around 1730.

Agriculture clearly played a formative role in West Bradford's history. It had an obvious impact upon the character of its historical landscape (e.g. farmsteads tucked into the hillsides) and types of structures built (e.g. farmhouses, springhouses, barns, corn cribs, etc.). The villages of Marshallton, Romansville, and Trimblesville did not expand greatly into the countryside as of the mid 1800's reflecting the continued strength of the prevailing agricultural economy.

West Bradford has also exhibited a strong tradition of cottage industries with blacksmiths, wheelwrights, joiners, coopers, pumpmakers, tinsmiths, shoemakers, and cigar makers at work on both the farmsteads and villages. Because of the significance of West Bradford's water resources, milling was also very important in the Township's development. Numerous tanning, grist, saw, and fulling mill sites stood along the Broad Run and the East and West Branches of the Brandywine.

The construction of Strasburg Road as a state road in the 1790's was the major reason for the growth and development of West Bradford's two most important villages, Romansville and Marshallton. Although Strasburg Road had existed as a route west since the mid 1700's, its improvement as a state road combined with the nation's post-Revolution expansion led to its emergence as a principal and heavily traveled route west from the 1790's to the 1820's. Marshallton, which had existed as a sizeable crossroad village since around 1760, responded to the increase in traffic by building inns, shops, stores, and houses along the road. Romansville developed about 1800 around the blacksmith shop operated by John Romans.

The Township has eight structures and three historic districts - Marshallton, Trimbleville, and Northbrook on the National Register of Historic Places.