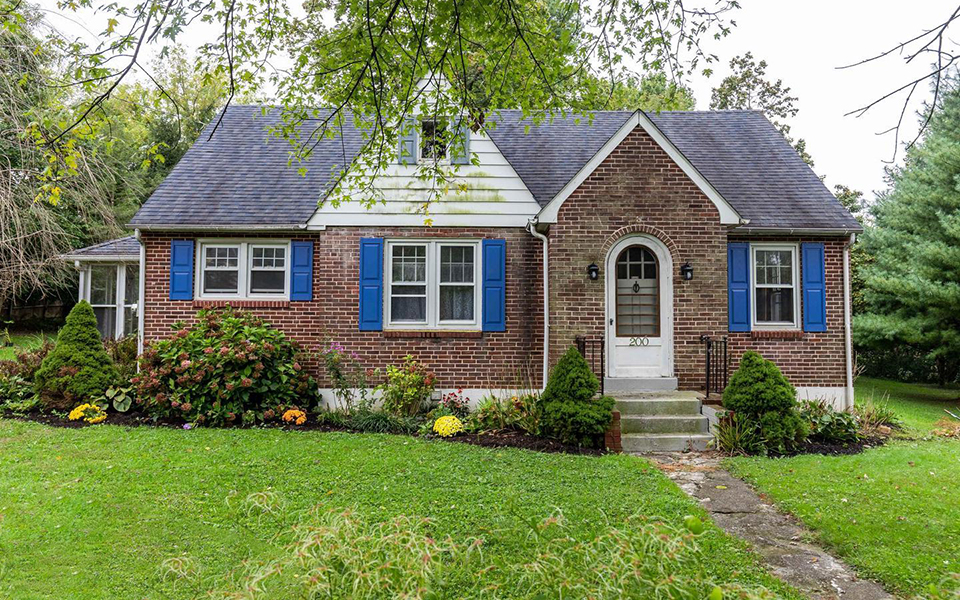 Caln Township has a rich and diverse heritage that is reflected in the historic and cultural resources that are integrated within the existing land use patterns. The preservation of these historic and cultural resources is essential to establish a community bond from past generations to future generations. Since these resources are not renewable, it is essential to recognize their value and promote a future land use plan that is based upon fundamental principles in an effort to preserve, protect and enhance their presence within the community.

The following chronological list of historical events is considered significant in the overall growth and development of Caln Township over the past 300 years:

The Caln Meeting House is one of the oldest and most historic places of worship in Chester County, as well as in the state of Pennsylvania. The Meeting House was built in 1726 in a grove of trees on "Packets Path" which led from the Brandywine Creel to Conestoga Trail. In later years this bridle path became the King's Provincial Highway, or Lancaster Pike, and was for a time the main artery from the Easter seaboard to the West.

At the beginning of the nineteenth century a conflict developed between conservative, evangelical Friends who emphasized the life and teachings of Christ, and more liberal Friends who placed more emphasis on the Inner Light as the basis of Quaker faith. This growing controversy resulted in the Quaker Separatist Movement of 1827, creating a sharp division between the conservative, Orthodox Friends, and the liberal, Hicksite Friends, so named because of their leader Elias Hicksite.

Caln Friends Meeting is noteworthy as the only Meeting in this area in which Hicksite and Orthodox Friends continued to meet in the same Meeting House, although in different rooms. The Hicksite group, being in the majority, was deeded the building and property, and used the West room for their Meeting, while the Orthodox group used the East room. In 1949 the Hicksite and Orthodox Meetings joined as a unified group in their Meetings for Worship. Because the two factions had met in the same Meeting House during the years of the Quaker Separation, Caln Meeting was regarded by other Friends as a neutral ground, and it continued to be the scene for active Quarterly Meetings, attended by Friends from afar, as well as many rural non-Friends.

The cemetery behind the Meeting House contains many early graves marked only with plain fieldstone. As time passed, however, the majority of graves were marked with inscribed marble stones. The earliest marked gravestone is 1754. In 1803 Colonel Hampton, a Revolutionary War hero, was buried there. The Caln Historical Society has a list of all marked graves in the cemetery, including many persons who played important roles in Pennsylvania history.

Although the Caln Meeting House is no longer actively used by the Society of Friends, it is under the jurisdiction of the Sadsbury Monthly Meeting and the Philadelphia Yearly Meeting. The building is presently used as a meeting place for various community organizations. Documents of Caln Friends Meeting at the Haverford College Library and the Chester County Historical Society record the history and culture of many early Pennsylvania settlers.