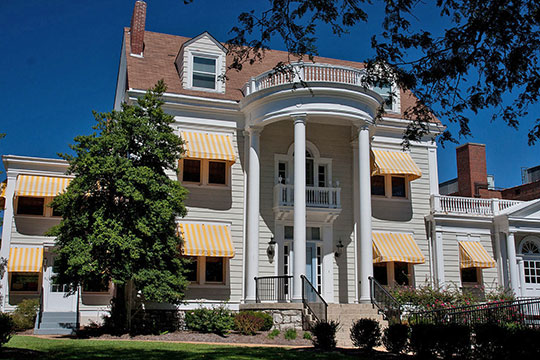 The City of Ferguson is located in northern St. Louis County, Missouri, northwest of the city of St. Louis. Ferguson was established in 1855 as a railroad station for the North Missouri Railroad Company. Ferguson Station (as the settlement was originally known) was named for William B. Ferguson, who sold a parcel to the railroad company in 1855. The station's name, "Ferguson," was later adapted for the town, which was incorporated as a fourth class city in 1894. [1]