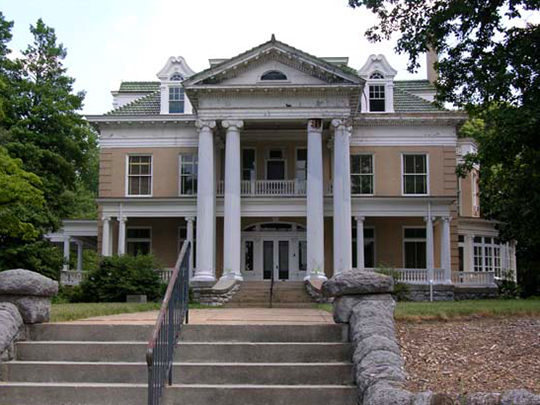 In the mid 1800s, the town of Big Lick had a blacksmith shop, a small office building, a tobacco factory, a depot for the Virginia-Tennessee railroad on its run from Lynchburg to Salem, and a few homes. In the spring of 1881, influential citizens met to plan a strategy for persuading the Shenandoah Valley Railroad to locate the junction of the railroad lines at Big Lick.

The birth of the City of Roanoke is synonymous with the birth of the Norfolk & Western Railroad. Between 1881 and 1883, the establishment of the Shenandoah Railroad terminal of the newly formed Norfolk & Western (N&W) Railroad at Big Lick, Virginia, fostered a population growth from 700 to 5,000. Seeking a more dignified name, the town council re-chartered the city as Roanoke in 1884, and the new municipality subsequently earned the name "The Magic City." The growth and progress of the Roanoke area are so indissolubly linked with the great railway system now known as the Norfolk & Western that no story of the city and county would be adequate that failed to give this railroad full credit as one of the most important elements in the narrative.

Roanoke lies in a bowl formed by the Blue Ridge and Allegheny Mountains and ranks third in population among Virginia cities, though in 1880 it was only the small town of Big Lick. Within the southern corporate limits rises Mill Mountain, detached from surrounding ranges. Its summit commands a view of twisting streams, ridges, valleys and distant peaks. From the mountain's base extend streets, cut by railroad tracks, creeks, the winding course of the Roanoke River, and by parks generously scattered throughout the city.

The era of architectural ugliness in which Roanoke was born and the city's precocious growth have complicated the task of the planning commission created in 1928. Shops and factories are near the center of the city as well as toward the outskirts, and better sections are close to those not so good. There are unsightly areas of houses quickly built and poorly kept, and junk heaps near historic places. The retail district, with Jefferson Street as its axis, is crowded between railroad tracks and Tazewell Avenue. Houses in the older residential section are late Victorian, but suburban developments give evidence of an architectural renaissance.