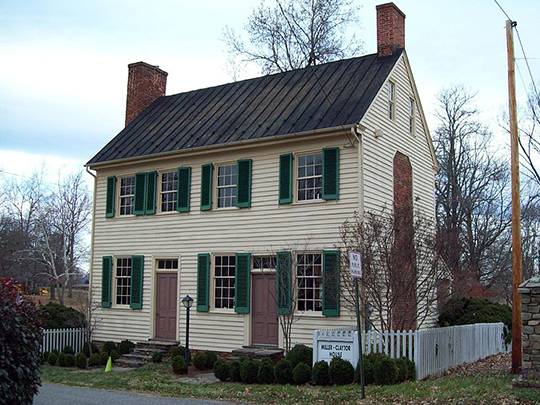 Located near the center of the State, along the James River and in the foothills of the Blue Ridge Mountains Lynchburg is called "Hill City" or "The City of Seven Hills." Indeed, dozens of Lynchburg business enterprises include 'seven hills' as part of their name: Seven Hills Hotel, Seven Hills Office Machines, Seven Hills Dance Studio, etc.

Clifton and Dorothy Potter (Lynchburg: A City of Seven Hills; 2004; Arcadia Publishing) write: "Once the primary hunting ground of the Monocan Indians and later a harmonious common area shared with the Quakers, Lynchburg was a crossroads for various cultures even before its founding following the French and Indian War. With roots in the prosperous tobacco fields, the City of Seven Hills became one of the nation's wealthiest communities by the Civil War. During the robust and arduous times to come, Lynchburg continued to thrive by developing diverse industries and eventually becoming a respected educational center." (The authors are history professors at Lynchburg College.)

The village that preceded today's City grew up around the Fluvanna (James) River ferry operated by John Lynch beginning 1757.

For a small city (population approximately 70,000 in 2007) Lynchburg is well-represented with listings on the National Register of Historic Places. Five of the seven Hills (Court House, Daniel's, Diamond, Federal, and Garland) are National Historic Districts. Added to these are the Lower Basin and Rivermont Historic Districts listed in 1987 and 2003 respectively. Additionally, more than two dozen individual properties are distinguished with inclusion on the Register.