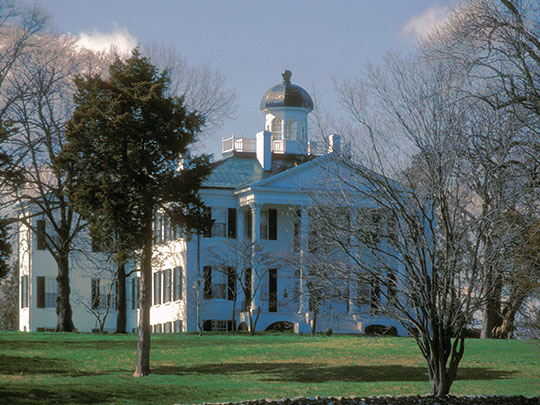 Originally located in eastern Frederick County, Berryville became the county seat of Clarke County when it was formed from Frederick in 1836, a circumstance which further advanced the economic and political importance of the town. The arrival of the Shenandoah Valley Railroad in 1879 secured the town's regional economic importance as a processing and shipping center for the farmers of the lower Shenandoah Valley east of Winchester. The railroad brought new prosperity to Berryville which experienced a building boom in the 1880s that did not end until the Great Depression of the 1930s. Preserved in the district are a wealth of commercial, residential, governmental, religious, and industrial buildings associated with nearly all periods in the town's development. Although Berryville contains an interesting variety of late 19th-and early 20th-century vernacular dwellings, the district is architecturally significant primarily for its Federal, Greek Revival, Italianate, Queen Anne, Colonial Revival, Bungalow and American Foursquare houses and churches as well as for its superb Roman Revival Courthouse of 1838.