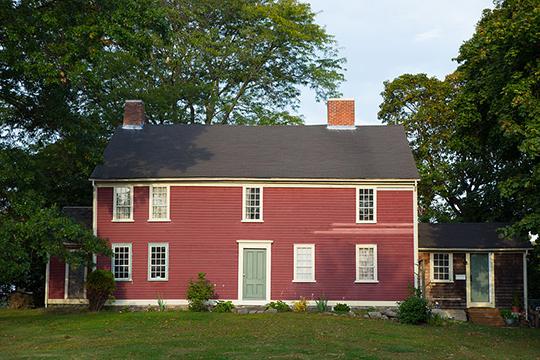 East Providence became an independent township in 1862. It had previously been part of three separate townships and of two states, Rhode Island and Massachusetts. Roger Williams came to what is now East Providence in the spring of 1636, after a bitter winter journey from Salem, Massachusetts. At the request of Plymouth Colony, which then claimed the land to the east bank of the Seekonk, he moved to Providence in June of the same year. While East Providence was claimed by Massachusetts, it was called Seekonk, the name of the present Massachusetts town just to the east. After Williams' departure, John Hazell came to Seekonk in 1642, and a year later the Reverend Samuel Newman and a group of 58 followers with their families moved here, calling their settlement Rehoboth, meaning "the Lord has opened a way for us." Other settlers were Thomas Willett, Philip Walker and John Brown. Mr. Newman immediately organized a Congregational church society in his settlement. Agriculture was the earliest means of livelihood.