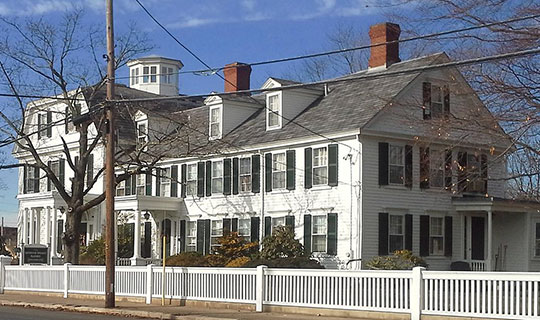 Cranston was probably settled in 1638 by some of the Providence associates of Roger Williams. Three of the prominent early settlers were William Harris, Zachariah Rhodes and William Arnold. The latter was the father of Benedict Arnold, last President of the Colony under the charter of 1643 and the first Governor under the charter of 1663. Harris was a political leader of the early residents; he carried on a long dispute with Roger Williams, claiming that Providence had no jurisdiction over the part of the present Cranston that lies along the Pawtuxet River. In 1754, the Pawtuxet and adjacent settlements were incorporated as the township of Cranston, in honor of Samuel Cranston of Newport, who was Governor of the Colony from 1698 to 1727. Cranston was incorporated as a city in 1910. The rise of Cranston as an industrial center dates from the early 19th century when the textile factory known as the Cranston Print Works was opened.