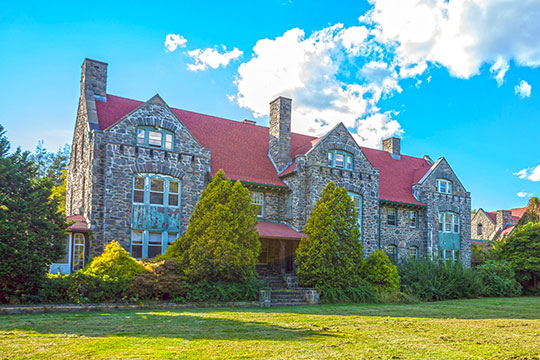 Barrington was settled about 1677 and was originally part of Swansea, Massachusetts, an area once occupied by the Wampanoag Indians under Massasoit. In 1632 a trading post was established on the west side of the Barrington River by the Plymouth Colony. The first white settlement, made by John Myles and his followers, who had left Rehoboth because of religious differences, was incorporated as Swansea, in 1677.

One feature of the early organization of this town was the arrangement of the people into three classes, each class having different rights. A committee had power to promote or to degrade persons from one rank to another. In 1681, a grant to five persons and their heirs and assigns forever, giving them full rights of the highest rank, brought into sharp relief the undemocratic character of this system, and it was thereafter soon abolished. In 1717 Barrington was separated from Swansea and incorporated as a new Massachusetts town. It was named in honor of Lord Barrington, an English theologian and advocate of religious toleration. The town became part of Rhode Island in 1747.

Breathtaking views across Hundred Acre Cove, the facades of historic colonial homes, and the white steeple of the Congregational Church are all images that greet people entering Barrington on R.I. 114, the main route into Barrington from the north. The drive into town provides a picturesque snapshot of just one section of Barrington. There also are the shorelines, beaches and waters of Narragansett Bay and the Barrington and Palmer Rivers; the distinct neighborhoods of West Barrington, Hampden Meadows, Rumstick Road, and Alfred Drown; the agricultural lands in the northeast corner of town; and numerous outstanding historic buildings, including the newly renovated Town Hall. It is this abundance of natural resources, scenic landscapes and historic sites that give Barrington its special distinction, its sense of place.