Photo: This 3 bedroom Cape at 2130 Hudnut Road was built in 1970. It was sold by Keller Williams* after being on the market for only three weeks (21 days). 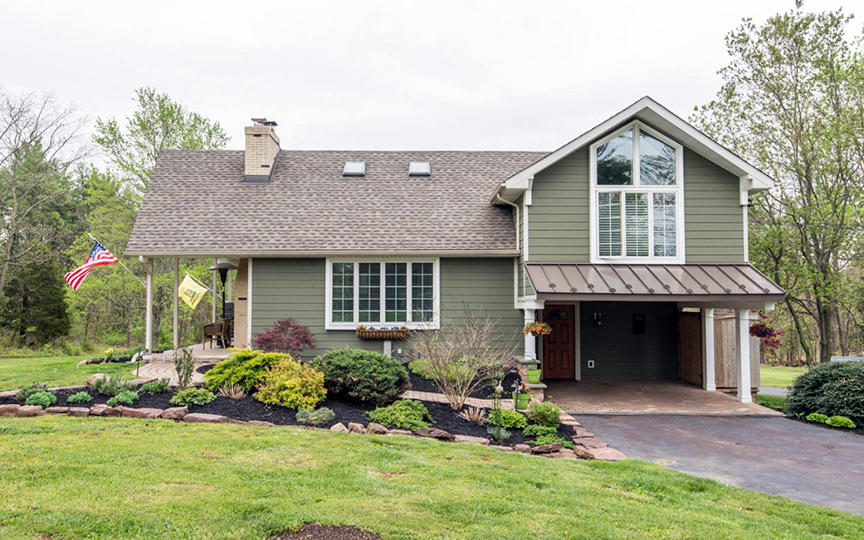 The township was created in 1886 when Perkiomen-Skippack Township (established from Mathias Van Bebber's purchase of land from William Penn in 1702) was divided into two townships, Perkiomen and Skippack.

In 1886 Skippack Township [†] had three villages: Creamery, Lucon, and Skippack. The area was heavily agricultural and much of the land was owned by Mennonites. An 1893 map of the township shows 161 landowners. There were 7 schoolhouses, 4 gristmills, 3 blacksmith shops, 3 wheelwright shops, and 2 carpenter shops. There were four churches which still survive.

Skippack Village, located at the junction of routes 73 and 113 had a Literary Hall, 2 hotels and a post office.

The village of Creamery was located on Bridge Road between Creamery Road and Anita Drive. Prior to the establishment of a post office there in 1880, the area had been known by locals as Harmony Square. Postmaster John I Bean changed the name on being informed that a Harmony Square post office already existed elsewhere in Pennsylvania. In the late 1800s Creamery had a Grange Hall, shoe factory, blacksmith shop, and creamery. The creamery, the first co-operative creamery in Pennsylvania, survived into the 1930s.