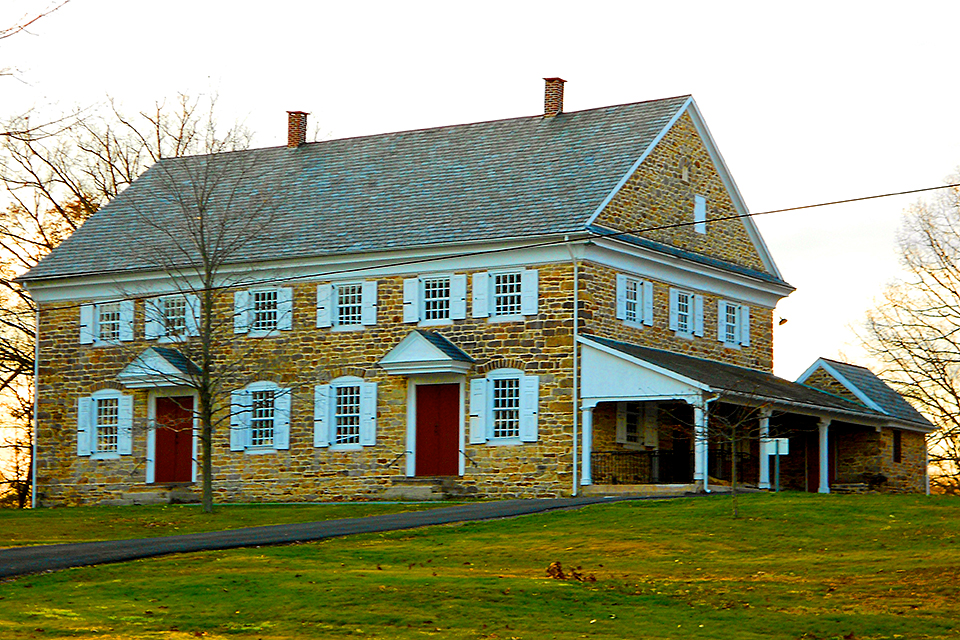 Buckingham Township [†] is located in northeast portion of central Bucks County and is bordered by seven municipalities including Doylestown Borough and Doylestown, Plumstead, Solebury, Upper Makefield, Warwick, and Wrightstown townships.

Approximately 33 square miles in size (21,077 acres), the Township is predominately a mix of residential (46%) and agriculture uses (30%). Parks, Recreation and Protected Open Space accounts for almost 7 percent of land use.

The majority of historic resources in Buckingham Township are located within its twelve villages and date from the 18th and 19th centuries. Each of these communities contains its own blend of architectural, historical, and cultural life that is represented in the built environment.

A village is generally viewed as a relatively small clustered settlement, often dominated by older homes and other structures. Frequently, the houses are closely spaced on small lots with dwellings set close to the road, establishing the village as an identifiable place.

Lots are typically small or narrow and structures have a pre-20th century origin. Although villages contain historic structures, the development pattern and village elements are the most significant characteristics.

In addition to the twelve villages, five of which have been documented and listed on the National Register of Historic Places, according to the Cultural Resources Geographic Information System, (CRGIS) database maintained by the Pennsylvania Historical and Museum Commission, there are an additional six buildings and structures included in the National Register of Historic Places. The Buckingham Friends Meeting House is also identified as a National Historic Landmark.

Buckingham Township officials have long been aware of the charm and value of the villages within the township and have taken steps to identify and preserve them. Most of these settlements are covered by village- type zoning districts. In some cases, the more rural land surrounding the village core is subject to agricultural zoning. Table 7 identifies the historic and cultural resources within the township.