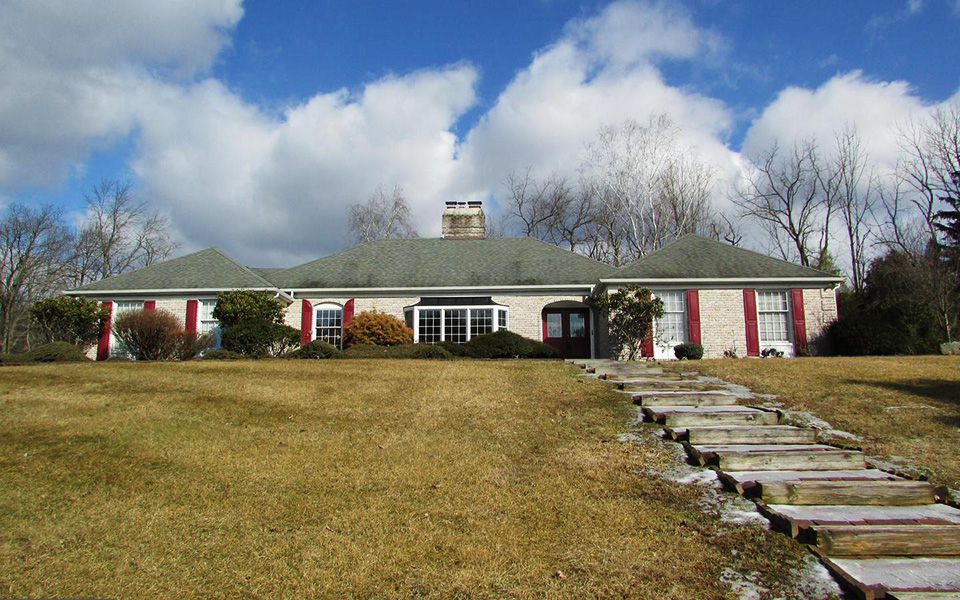 First settled around 1743, Albany Township was incorporated in 1752.

The name Albany signifies "all wants," a term given to it by the Indians because they considered it poor soil. Soon after its erection it was divided into two districts by a straight line running east and west. The northern part retained the name Albany, and the southern part was named Greenwich. Both townships were named after districts in England. The first settlers were Germans who came north along the Maidencreek and made their homes here about 1700. They moved into that section of Albany called "The Corner," now Eckville. Here Cornelius Frees erected a log building. This was the first building in the township and occupied a dangerous position during the Indian invasions, when it was a fort.

In this township is the "Pinnacle," a spur extending out from the Blue Mountains, and rising to a height of 1,670 feet. This is the highest point in Berks County.