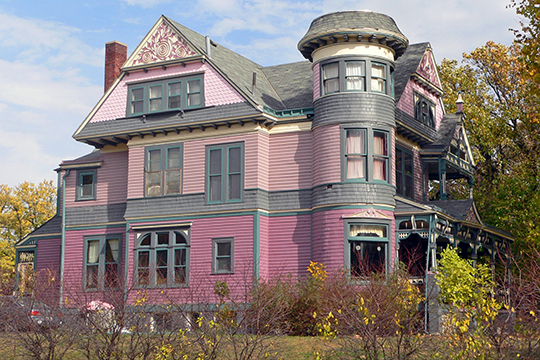 The City of Omaha traces its beginning to the establishment in 1853 of a ferry crossing that linked Council Bluffs, Iowa, with what would soon become the Nebraska Territory. The next year, speculators platted a 320-block townsite named Omaha, which subsequently became the territorial capital. By the Fall of 1854, twenty houses had been built within the community. These domiciles generally consisted of log cabins, sod dugouts and frame shacks. The Territorial Legislature granted a city charter to Omaha in 1857, which provided for a mayor and city council. Due to its location on the Missouri River, Omaha emerged as a significant steamboat stop, as well as a point of origin for several of the westward migration trails. These factors firmly established the community. But it was the construction of railroads and the establishment of agriculture that made the river town into a prominent city.

During the 1850s, Omaha was among the several starting points discussed for the proposed transcontinental railroad, but movement on the issue did not occur until the start of the Civil War. The first step of this process began in 1862 when local entrepreneur Edward Creighton completed a transcontinental telegraph that connected Omaha and points east with San Francisco. Also in that year, the Pacific Railroad Act created the impetus to place the transcontinental railroad's eastern terminus in Omaha. Construction on the railroad began after the Civil War and Omaha boomed as a result. Thousands of workers flocked to the city to work on the railroad or in its supporting businesses. Omaha grew between 1865 and 1870 from a town of 3,000 to a city of 16,500, the western boundary of which was 36th Street. As a result, Omaha cemented its status as the largest city in Nebraska.

After the transcontinental railroad was completed, Omaha became a regional metropolis due to the rapid settlement of Nebraska and the upper Great Plains. The city was transformed into an important agricultural shipping center as a result of the region's growing farm production.