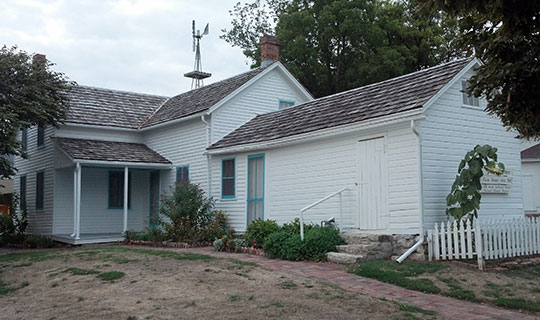 Papillion is a city of three epochs: from village to suburb to one of Nebraska's largest communities. The town was originally platted in 1870. It grew to a population of just over 300 by 1872 and incorporated in 1883. From that date, the community developed as a rural service center, linked to but separate from the then distant City of Omaha. In 1910, the village of 624 people became the terminus of one of Nebraska's two interurban trolley lines. This interurban, established by the Nebraska Traction and Power Company, connected Papillion with Ralston, South Omaha, and Omaha proper, becoming the precursor of the Washington Street corridor that has become so dominant in the more recent development history of northern Sarpy County.

Until the outbreak of World War II, Papillion continued as a rural village, achieving a population of 763 by 1940. The town's growth began to take off after the war's end, reaching a population of 1,034 by 1950. This ushered in Papillion's second growth epoch — its transition from a rural town to a burgeoning suburb. Spurred by the growth of Offutt Air Force Base and the accelerated development and suburbanization of the Omaha metropolitan area, the city's population increased almost sixteen-fold between 1950 and 2000.