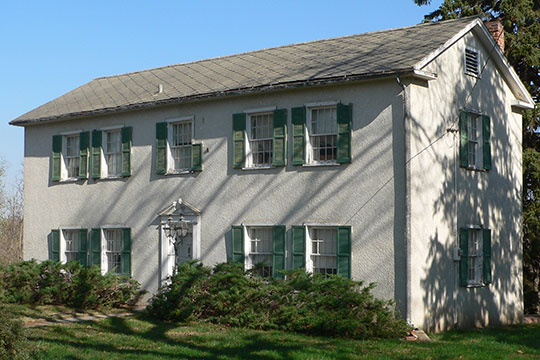 Founded as a fur trading post in the first quarter of the nineteenth century, Bellevue is Nebraska's oldest existing community and was Nebraska's only non-military settlement in existence prior to the creation of Nebraska Territory in 1854. At least as early as 1834, Presbyterian missionaries were actively evangelizing the Indians of eastern Nebraska. In 1846 Rev. Edward McKinney arrived in Bellevue, where a large Presbyterian mission building (a log structure razed in the 1860's) was erected under his leadership about 1846-1848 to serve the Oto and Omaha Indians.