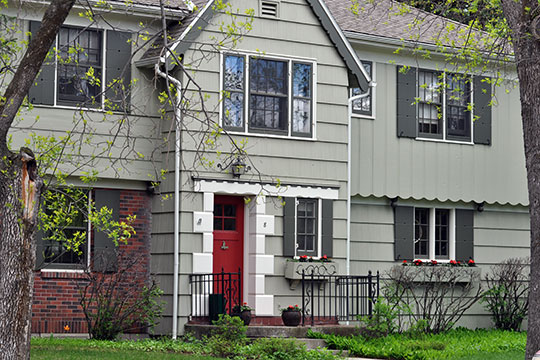 The Bozeman Multiple Resource Area (MRA) was listed on the National Register of Historic Places in 1986. Portions of the text below were adapted from a copy of the original nomination document. [1]

The town of Bozeman was established as a strategically situated frontier outpost located on the west side of Bozeman Pass, which was the mountain crossing for a major transportation route to the gold mines of western Montana. As early as the mid-1860's Bozeman existed as a trading center for a burgeoning agricultural hinterland, which supplied basic commodities to the miners who crowded in at the major strikes in Virginia City, Bannack, and Helena. The importance of regional commerce to the early Bozeman merchants is clearly depicted by the active role they played in bringing to the attention of the U.S. Government the threat they thought posed by Indians to unfettered travel or railroad construction during the mid-1870's.

With the Indian population thoroughly quelled by the late 1870's and the transcontinental Northern Pacific Railroad completed to Bozeman in 1883, the young city of Bozeman was bursting with renewed optimism regarding its future. Bozeman became an incorporated city, and a number of new additions to the original townsite were immediately platted. As the hub of a growing and prosperous agricultural region, Bozeman citizens and business people benefited from expanded markets as well as convenient accessibility to imported goods and industrial products available by rail. The accumulation of wealth in the community is exhibited in the number of substantial residences and commercial buildings in the Italianate, Queen Anne, and Second Empire styles built during this period. Most of the residences dating to the 1880's were constructed on the north side of town and exist today surrounded by more recent infill construction or extensively remodeled historic structures.

During the early 1890's, Bozeman demonstrated its desire to gain the distinction of being the capital of the new state of Montana. In reality, Bozeman had little chance for the title when compared to the larger and wealthier cities of Helena and Anaconda, which were in intense competition for the honor. Like many towns, Bozeman's bid was a symbolic one, designed to secure for itself an important state institution and some political clout when it threw its votes behind one of the top contenders. Indeed, Bozeman did gain the Montana State College of Agriculture and Mechanic Arts. Although the city initially accepted the college with disappointment, this institution would prove to be a vital contributor to the stability of the local economy throughout the 20th Century.

In a state where the cycles of boom and bust of natural resource exploitation have caused considerable stress to sustained economic development, the city of Bozeman stands out with an unusually secure and generally prosperous local economy. The relatively slow pace of development that the town experienced during the 1870's, 1880's, and 1890's left Bozeman with an ambitious plat and a stable agricultural market that would well accommodate the steady expansion of both business enterprise and population during the first three decades of the 20th century. Bozeman came of age as a modern city during this period. Although very little industrial investment occurred in Bozeman, diversification in both the agricultural and service sectors during the 1910's brought markedly increased prosperity to the city, supporting a much expanded middle class population. Commodity prices held strong through the First World War, and the ranks of the Gallatin Valley farmers were swelled by new homesteaders taking up virtually all of the as yet unclaimed agricultural land. In town, large tracts of carpenter-built housing constructed between 1900 and 1937 survive today as intact neighborhoods.

The city of Bozeman fared considerably better than most Montana communities through the years of the Great Depression due to the presence of the State College and to the tremendous agricultural productivity of the Gallatin Valley, where farmers were not subjected to as high a rate of foreclosure as was experienced by settlers in other parts of the state. Although the city continued to grow during the Depression years, it did so at a very moderate pace.