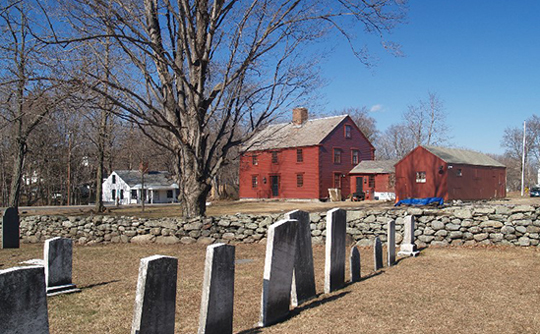 A northern suburb of Worcester, West Boylston is a residential community of approximately 7,000 people. The Town entails a geographic area of fourteen square miles, approximately one square mile of which now contains the Wachusett Reservoir. Initially populated by Indians, the land contained rich soil with open fields, hills and valleys. The many streams and springs made it an ideal location along the Indian trail to Mt. Wachusett.

The original European settlers arrived around 1650 as part of the Lancaster Plantation grant. The original inhabitants were farmers, but with an abundant water supply, a few businesses were started along the waterways. A gristmill, saw mill, and blacksmith shop soon appeared.

The 18th century witnessed the arrival of more settlers attracted to the area by the fertility of its soil and the opportunities for development afforded by its location at the site where the Quinapoxet and Stillwater Rivers join to form the southern branch of the Nashaway or Nashua River. The latter part of the century saw a gradual change in emphasis from agriculture to manufacturing as a mill complex grew along the rivers.

In 1794, when Major Ezra Beaman and others built the first church on the present day Common, a community of about six hundred persons had formed in the adjacent corners of Boylston, Sterling and Holden. The common interests of these neighbors, although citizens of three different towns, caused them to petition the General Court for incorporation. This petition was refused, but they were granted Precinct status in 1796 by Governor Samuel Adams. Major Beaman and others persisted in their efforts to create a town, and on January 30, 1808 an Act was passed incorporating the Second Precinct into the Town of West Boylston. Ezra Beaman, often called the Father of West Boylston, served simultaneously as Selectman, Treasurer, and the first representative of the Town to the State Legislature. Beaman was also instrumental in the incorporation of the Town of Boylston from part of Shrewsbury and had been its first chairman of the Board of Selectmen, Treasurer and representative to the State Legislature.

West Boylston was created from parts of Shrewsbury, Lancaster, Sterling, Boylston and Holden. These lands had been parts of earlier grants made to the settlers of the region. The northeastern area came from the Nashaway Grant given by Chief Sholan to Thomas King in 1643; the northwestern section was derived from the Malden Grant; the southeastern section from Sagamore Quiquonasset in 1674; and a final section of undetermined size from a nephew of Chief Sholan. As the surrounding towns were incorporated, sections of what was to become the town of West Boylston were shuffled back and forth.

Robert Thomas, editor of the Farmer's Almanac and the first Town Clerk of West Boylston, wrote in an account of his life "It is rather paradoxical, but no less a fact, that I have resided in four incorporated towns, two distinct parishes, and one precinct, yet never moved from the same farm."

In the early 19th century, West Boylston was primarily devoted to agriculture. Rye was converted to meal and exported to Boston for use in the making of that famous brown bread. There were extensive apple orchards, and in 1820 there were 30 cider mills, which decreased to only one by 1880 because of the temperance movement. In that year there were 80 farms in West Boylston consisting of from 30 to 200 acres and many smaller ones. Several farmers had successful milk routes in Worcester.

West Boylston's industrial development was typical of many New England towns that could take advantage of waterpower, which was utilized widely during the Industrial Revolution. Since the first mills were wooden structures, fire was a constant danger. Many mills were rebuilt from stone and brick. The cotton mills of the West Boylston Manufacturing Co, L.M. Harris, Warfield's Mills, the Holbrook Mill (later becoming the Bigelow Mills, where the first power loom for weaving carpets was invented), the Clarendon Mills, Cowee's Grist Mill, the boot shop of Howe, Morton, and Lovell, Brigham Basket Co., Warner's Saw Mill, the Goodale ice business, and George Reed's organ shop were all prospering in West Boylston by 1895.