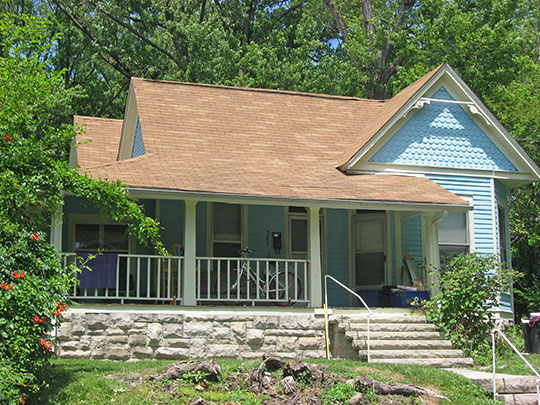 Cottage Grove Avenue runs through this district of turn-of-the-century, vernacular, wood frame cottages and 1920s Craftsman style masonry homes. The builders and residents of these homes belonged to all classes of early 20th century Bloomington society. Tree-lined streets, some with brick or cut limestone sidewalks and cut limestone retaining walls, add to the historic character of the area. [1]

The southwest quadrant of the area was platted by Daniel Read and others in 1853 as an addition to the City. The oldest houses in the District are located in a remaining segment of the Read Addition along East 10th Street and were probably constructed between 1853 and the platting of the College Grove Addition by Ira and Mary Batman in 1896.