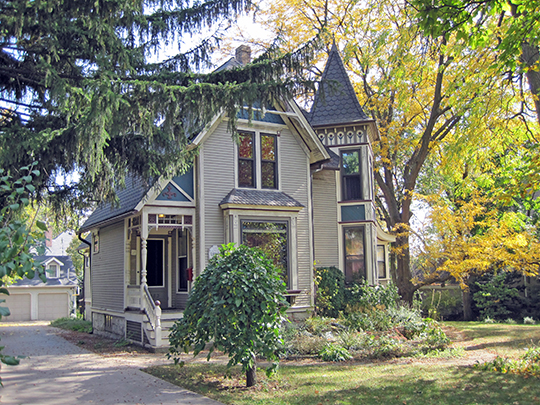 The first settlers in the area that would become Glen Ellyn were Deacon Winslow Churchill and his family. They came from New York in 1834. Moses Stacy arrived in 1935. He built a tavern in 1846 at the intersection of the current Geneva Road and Main Street. The railway came through in 1849. Lewey Q. Newton built a depot at his own expense; it became known as Newton Station. By 1891 the suburb's name had become Glen Ellyn as it advertised itself to Chicagoans as a health resort suburb. The village was incorporated in 1892. The Lake Glen Ellyn Hotel was opened that same year. Prior to its incorporation, the village had been variously known by the names Babcock's Grove, DuPage Center, Stacy's Corners, Newton's Station, Danby and Prospect Park. [en.wikipedia,org, Glen Ellyn, Illinois: History, accessed January, 2014]