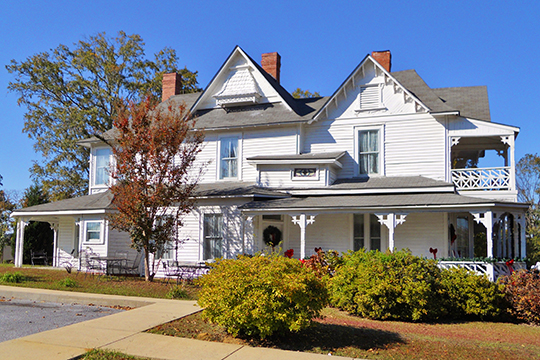 The county was created in 1832. The territory was part of the last Creek cession. It was named to commemorate the town of Talladega, where the Creeks were defeated in battle, November 9, 1813. The name is derived from the Muscogee words, "italua," meaning town, and "atigi," at the end, or on the border.

The county is known to have contained 15 different Indian villages at one time. When DeSoto passed through its borders in 1540, he found many towns along the Coosa River and spent some time at Cosa, a large town located between the mouths of the Talladega and Tallaseehatchee Creeks.

The first settlers in the county, in 1832, followed the law of squatter sovereignty. They settled mostly at or near Talladega, and built their cabins on each side of the road, known as Mcintosh's Trace, which led from the Chatahoochee River to Oakmulgee Ferry on the Coosa. Most of them planted and harvested crops that year. The greater part were from St. Clair, Shelby and Jefferson Counties, others from Madison County, and others from Tennessee, Georgia and the Carolinas.