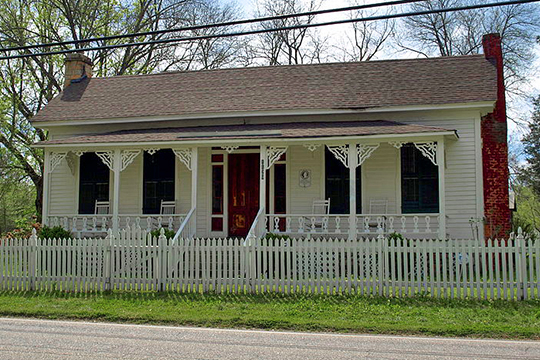 The territory which constitutes the county of Jefferson is a part of what was formerly known as the county of Blount. Under the territorial government known as the Mississippi Territory the counties were large but sparsely populated. After the admission of Alabama as a State into the Union, and the adoption of the constitution, at the first session of the legislature in 1820, great changes were made in the county boundaries, and many new counties were established, among which was the present county of Jefferson, which was long famous for its deposits of iron ore, and where the first iron was made in the State of Alabama.

The early settlers say that the Indians did not occupy this portion of the territory (where Birmingham is located) but seem to have set it apart as a hunting ground, and a great, magnificent park at which they, the Creeks and neighboring nations, the Cherokees and Choctaws, held their annual meetings to celebrate notable events in their history, and to perform their national games, like the ancient Greeks. The had a town on the Warrior River, known as Old Town, at which, it is said, a detachment from General Jackson's army had a battle with them and captured one of their principal chiefs. Long after the settlement of Jones Valley a trace leading from Old Town to Mudd Town, on the Cahaba River, crossing the Shades Mountain east of Oxmoor, was plainly visible.

After the year 1815, which was about the time of the first settlement of white persons in Jones Valley, there were very few Indians seen here, and no hostile demonstrations; nevertheless, through abundant caution, the first settlers erected a rude fort near the site of Old Jonesboro, but it was seldom occupied. The first settlers, John Jones, Andrew McLaughlin, Samuel and Isaac Fields, and a few others, made the first settlement at the point above named, and the valley took its name from John Jones, who, it seems, was a reckless, daring man, but who was left nothing but his name to throw any light upon his previous history. The others left numerous descendants, who became the noted citizens of the area.