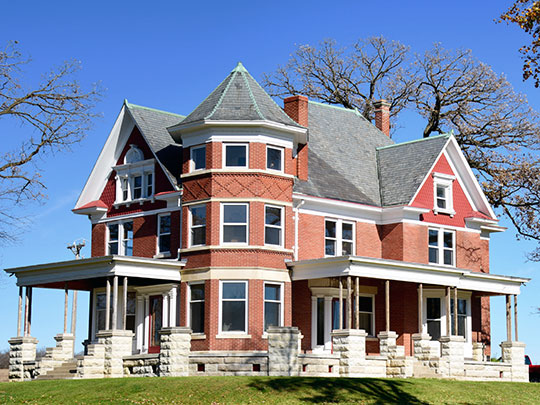 The City of Beloit and the entire region were once home to the Mound Builders and Winnebago Native American tribes. A French fur trader who had a good reputation with the Native Americans, Joseph Thibeau, settled at the southwestern corner of present day State Street and Shirland Avenue. Thibeau sold Caleb Blodgett, Beloit's first permanent settler, "three looks" of land, which marked Beloit's beginning as a village.

With the arrival of the New England Immigrating Company in 1836, the future of the fledgling community was assured. This group came from Colebrook, New Hampshire, led by Dr. Horace White. They bought land from Caleb Blodgett, started developing it, and soon family and friends were moving to the area.

Until the year 1857, Beloit was known as Blodgett's settlement. Later it was called New Albany, but a citizen committee soon renamed it as Beloit. Although the exact history remains disputed, it seems that the name Beloit was coined from a French word balotte, meaning "handsome ground." The current spelling was then fashioned after Detroit, Michigan, which the community saw as a great symbol of trade and growth.

The Beloit township government formed in 1842. Beloit was established as a village on February 24, 1846, two years before Wisconsin achieved statehood. Beloit College was founded in the same year. Beloit was officially incorporated as a city by the State of Wisconsin on March 31, 1856.

Beloit has always been a community welcoming of different cultural, ethnic, and racial heritages. The first African Americans living in Beloit were Emmanuel Craig, a coachman, and his family, who arrived in the mid-1830s. African Americans arrived in large numbers from America's south in the middle part of the 20th Century, attracted by the growing number of good-paying industrial jobs. An oral history of the African American community in Beloit is available at Historical Society. More recently, other minority groups have contributed to Beloit's culture, including the Hispanic community.

Preservation of historic and cultural resources fosters a sense of pride, improves quality of life, and provides an important social and cultural continuity between the past, present, and future. The following sections describe the significant historic and archeological resources in the City of Beloit.