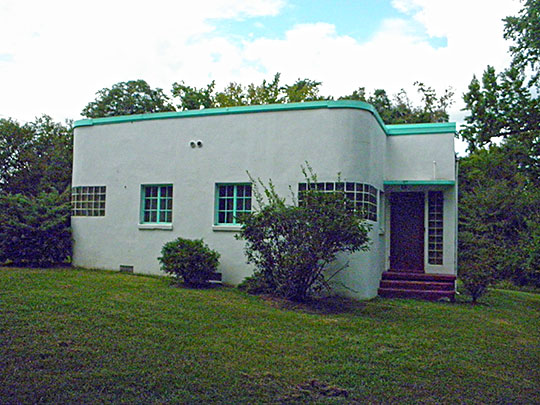 The beginning of Petersburg dates from 1645, when the general assembly directed that Fort Henry be built at the falls of the Appomattox River. The next year the assembly provided that the fort be given to Abraham Wood for three years, on condition that he keep ten men there for its protection. He established a trading post and cultivated friendly relations with Indians, who furnished guides and hunters. Thus reinforced, between 1650 and 1671 Wood undertook two journeys of exploration westward.

Peter Jones, who married Wood's daughter, succeeded his father-in-law as manager and proprietor of the trading post, which became known as Peter's Point. The settlement figured prominently in Bacon's Rebellion (1676), when unfriendly Indians were driven from the village.

William Byrd II in 1733 envisaged two cities, "one ... to be called Richmond, and the other at the Point of the Appamattuck River, to be named Petersburgh." The strategic position at the head of navigation indicated to him the future growth of Petersburg. As it is today, the city represents the amalgamation of Petersburg, laid out in 1748; Blandford, established the same year; Pocahontas, constituted a town in 1752; and Ravenscroft, a settlement that meanwhile had grown up on a triangle enclosed today by Halifax, Sycamore, and Shore Streets. These four were united and incorporated in 1784, as the town of Petersburg.

During the Revolutionary War the city was too important to be overlooked by the adversary. In 1781 General Benedict Arnold and General William Phillips, commanding 2,500 British troops, destroyed stores in Petersburg and pillaged the community despite the valiant efforts of General von Steuben and General Muhlenburg. British forces, augmented on May 20, 1781, by the army of Cornwallis, started from Petersburg four days later on the journey that ended at Yorktown.

For years before the Revolution and until the War between the States, a race track, a theater, many comfortable and merry taverns, and hospitable homes made Petersburg a popular stopping-place for travelers and a jolly center for long visits. When George Washington paused here on his southern tour (1791), he found, according to his diary, that Petersburg, containing 'near 3,000 souls,' received 'at the Inspections nearly a third of the Tobacco exported from the whole State besides a considerable quantity of wheat and flour.' He wrote also of telling a lie: 'Having suffered very much by the dust yesterday, and finding that parties of Horse, and a number of other Gentlemen were intending to attend me part of the way to day, I caused their enquiries respecting the time of my setting out, to be answered that, I should endeavor to do it before eight o'clock; but did it a little after five.' The mayor of Petersburg is said to have bestowed upon Washington during this visit the title 'father of his country.'

During the War of 1812 the territory furnished a company under Richard McRae, which distinguished itself at Fort Meigs. These soldiers, jauntily wearing cockades, gave President Madison occasion to call Petersburg the 'Cockade City,' a name that has held through the years. In Petersburg, John Daly Burk, Irish refugee, began his history of Virginia; Aaron Burr and his daughter, Theodosia, lived here in 1805; Winfield Scott started his brief law career; and the returning La Fayette was lavishly entertained here. Joseph Jenkins Roberts (1809-76), who migrated to Liberia in 1829, was born in Petersburg. The American Colonization Society appointed him in 1842 the first Negro governor of Liberia; when the country was proclaimed a republic in 1847, Roberts was elected the first president.

After 1812 Petersburg overshadowed Richmond in many respects. Theatrical companies, booked for Petersburg, went to Richmond incidentally. Disastrous fires occurred in 1815 and 1826. The first general conference of the Methodist Episcopal Church, South, meeting in Petersburg in 1846, made history through the organization of Southern Methodism. Four years later Petersburg achieved the status of city. The Southern Star, the first steamboat to reach Petersburg, was appropriately welcomed in 1858.

The city made a new start after 1865. By 1880 there were 70 more industries than existed here 20 years earlier. Census tabulations of ensuing years showed steady gains. In 1888 a Negro, John Mercer Langston, born in Surry County in 1848, was elected to Congress from the Fourth Virginia Congressional District. He had studied law in Ohio, had been minister to Haiti and president of the Virginia Normal and Collegiate institute. Although his election was contested, and although he was not seated until two months before the expiration of his term, Langston holds the distinction of being the only Virginia Negro Congressman.