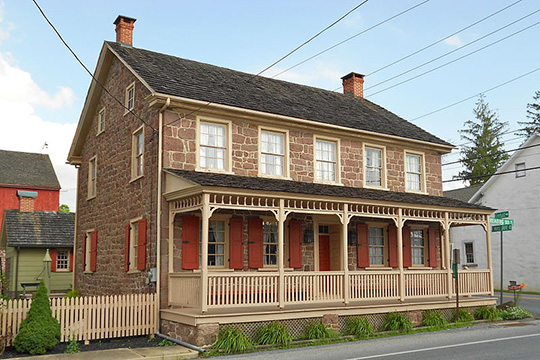 The township has three properties listed on the National Register of Historic Places.