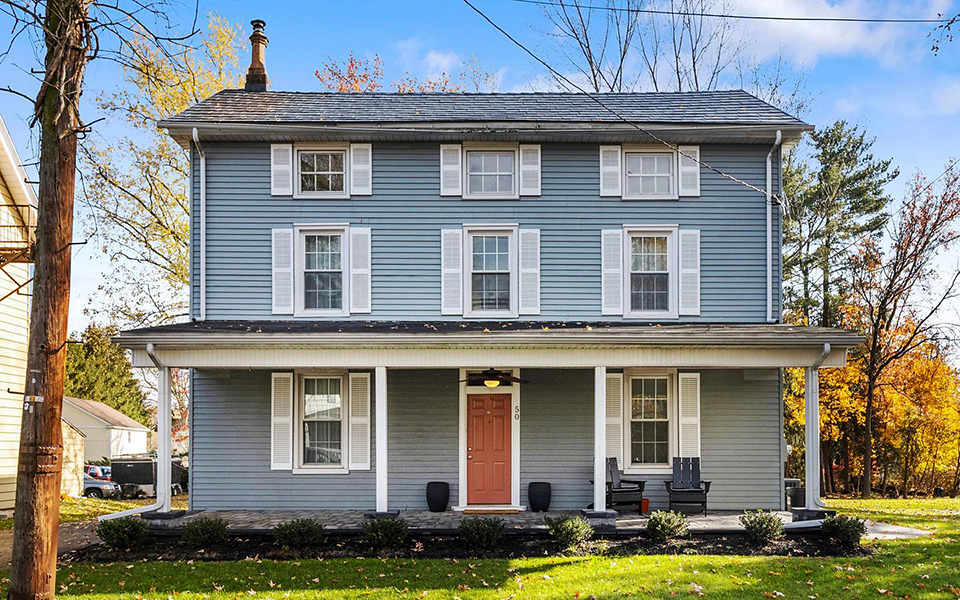 Present day New Britain Borough (incorporated 1928) includes what were the villages of New Britain, Jamestown, James Manor, and Vauxtown. James Manor was a "new village" established near the National Farm School (Delaware Valley College). At a tavern once called "Sign of the Horses and Wagon," General Lafayette headquartered in June of 1778. The first dwelling in the area was built sometime between 1730 and 1760. A post office was established in 1820. During some periods, the village may be known locally by the name of the village storekeeper, as was the case from 1840 to about 1855 during the proprietorship of Eleazer Bitting—the area then known as "Bittings Corner."

A small portion of Delaware Valley College lies within the Borough limits.