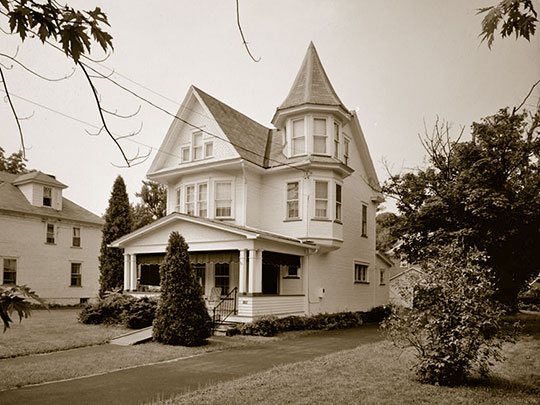 The wide front-gabled porch of this two-and-a-half story Queen Anne firmly anchors the verticality of both the steeply pitched front gable surmounting a two-story bay and the octagonal tent roof of the two-story oriel. Above a pent closure, the front gable is faced with shingles in a geometric pattern. Corner boards and wide window frames accent the narrow horizontal siding. The sunroom on the south side of the house is a late addition.

This house was built in 1904 for Warren R. Weaver, a machinist for the PRR, on a lot he purchased from the Altoona Suburban Home Company for $600 and paid off in 1909. He lived there with his family until the late 1950s, when the house was rented out for several years before Weaver, a widower, sold it to the current owners.