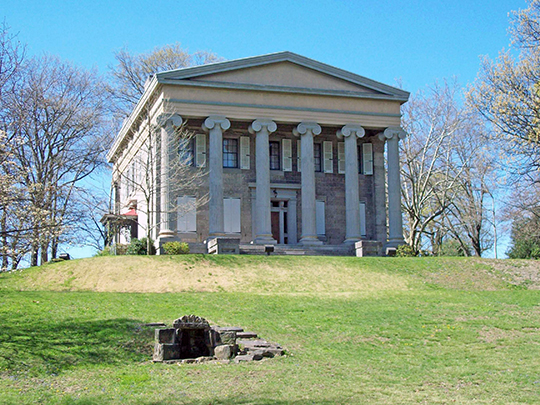 Altoona is the hub of an interesting region in which one finds a happy combination of industrial and agricultural enterprises, scenic grandeur, and recreational advantages and facilities. It is the center of a comprehensive plan for further development of the recreational advantages. Here you will find high mountains, fertile valleys, good highways, camping, fishing, hunting, swimming, picnicking, and vacationing facilities that can meet every desire.

Hard-surfaced roads and adequate main line railroad schedules are designed to bring people from near and far into a delectable region of outdoor grandeur, an extremely picturesque and interesting section where tourists are welcomed and where everything has been provided for their enjoyment, and to make their visit a pleasurable and memorable one.

Founded in 1849 by the Pennsylvania Railroad Company, Altoona was the base of operations for the pioneer work of building the first railroad over the Alleghenies. It is still chiefly a railroad city, its industries centering mainly in the great railroad shops, largest in the world. The most notable units are: The erecting shops at Juniata, the largest car wheel foundry in the world at South Altoona, the largest round house in the world at East Altoona. The shops employ 16,000 people and produce locomotives, passenger, and freight cars. In recent years a number of new manufacturing plants have been located in the city, providing a further diversification of industries. Agricultural development in the nearby areas and adjoining counties also has been an important feature of the past several years. Points of interest:

Horseshoe Curve, a world famous curve on the main line of the Pennsylvania Railroad, about five miles west of Altoona and also on State Highway 193, which crosses Burgoon and Glen White Runs, which drain into the three Altoona Water reservoirs nestled within the famous "horseshoe". The two sides of the curve are about parallel, affording a wonderful view.